Ind Vs NZ: Was Virat Kohli OUT or NOT OUT? Netizens shares hilarious memes

Kohli was struck on the front pad by a delivery from Ajaz Patel in the 30th over of India's innings. 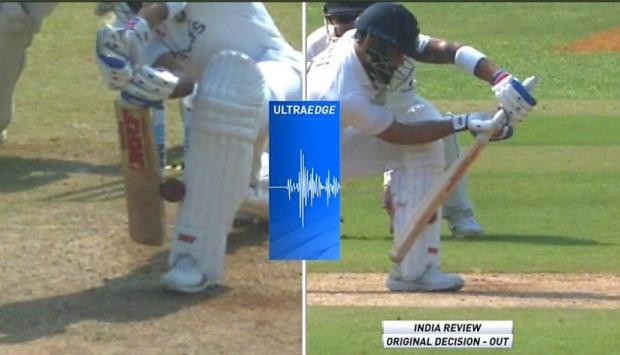 India captain Virat Kohli came back to Test cricket after a long time and was dismissed for a duck.  However, it was a wrong decision given by the third umpire Virendra Sharma.

This gave rise to a Twitter war. Twitteratis started roasting third umpire on social media. They came up with some hilarious memes.

Check out the memes shared by them: 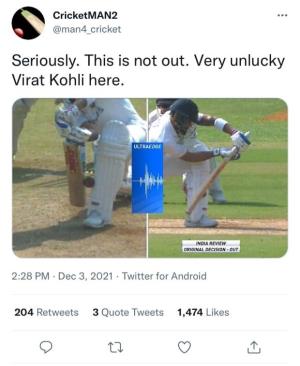 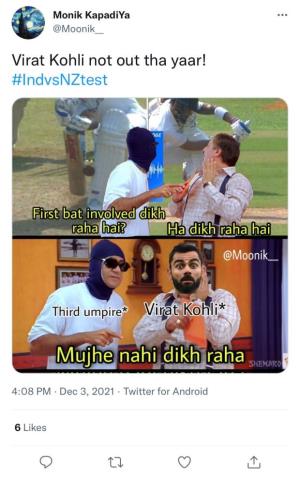 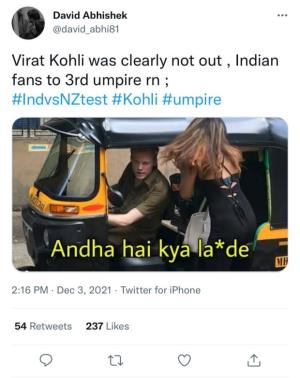 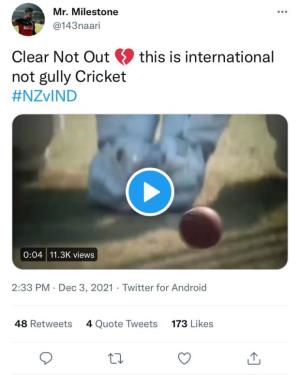 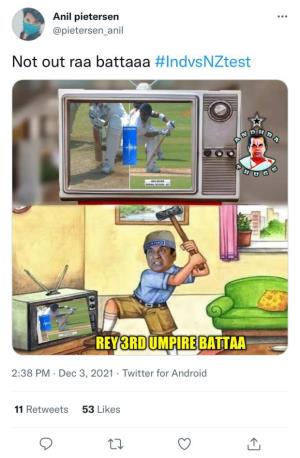