The new rules come ahead of a series of defence land reforms that is under consideration of the government, which is also working towards finalizing a Cantonment Bill 2020. 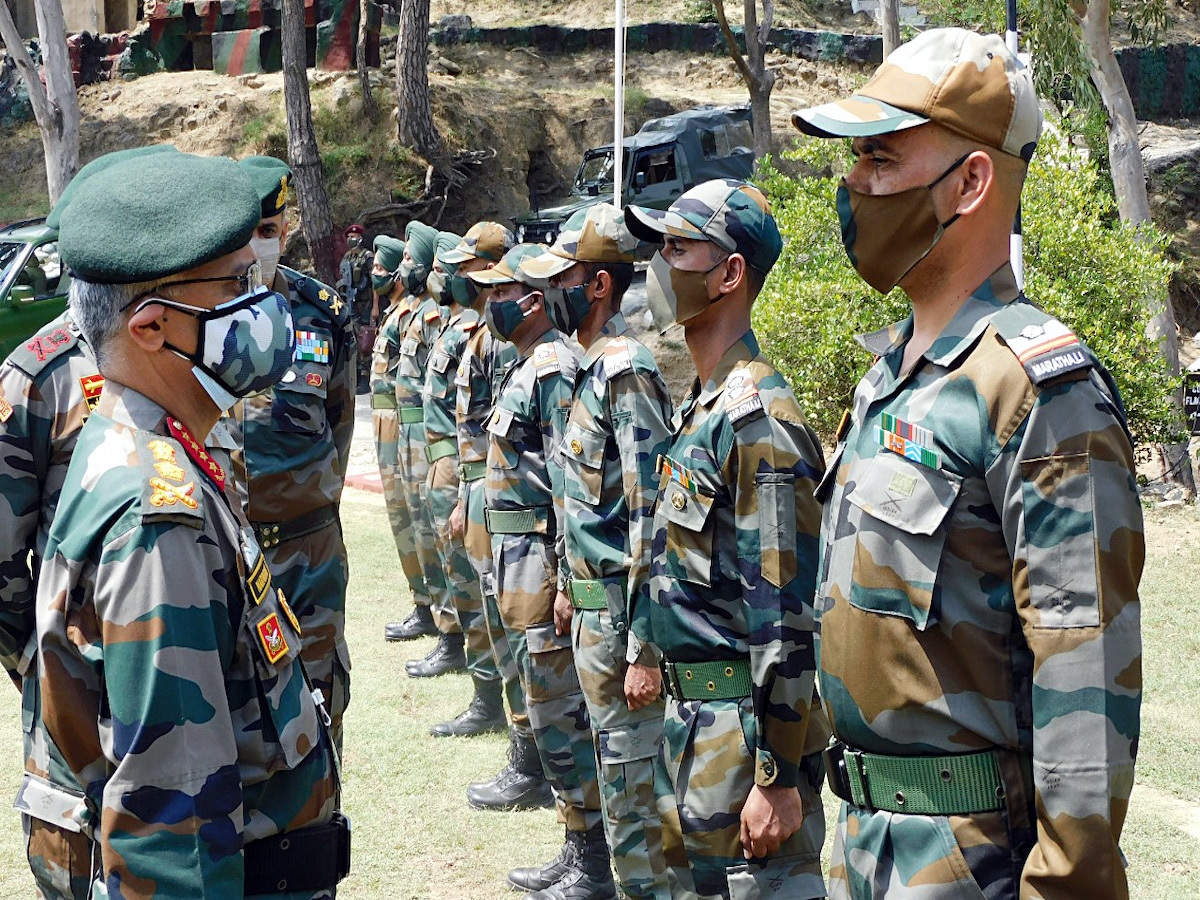 A policy on tinkering with defence land in India for any purpose other than the military has been a strict no-no since the British set up the first cantonment in Bengal’s Barrackpore in 1765, shortly after beginning the process of consolidating their rule in the sub-continent.

In April 1801, the East India Company’s Governor General-in-Council ordered: “No bungalows and Quarters at any of the Cantonments shall be allowed to be sold or occupied by any person who does not belong to the Army”. What was supposedly then cast in stone may now be recast in 2021.

The Narendra Modi government has approved new rules that allow equal value infrastructure (EVI) development for armed forces in lieu of the land procured from them. The new rules come ahead of a series of defence land reforms that is under consideration of the government, which is also working towards finalizing a Cantonment Bill 2020, aiming to provide for development in cantonment zones, considered virtually sacrosanct till now.

According to Ministry of Defence (MoD) officials, who spoke on the condition of anonymity, defence land needed for major public projects – like building of metro, roads, railways, and flyovers – could only be exchanged for land of equivalent value, or after payment of market prices.

Under the new rules, eight EVI projects have been identified, which the acquiring party can provide infrastructure for in coordination with the concerned Service. They include building units and roads, among other projects. According to the new regulations, the value of land would be determined by a committee headed by the local military authority – in cases under cantonment zones. For land outside cantonments, the district magistrate will decide on the rate.

There are connected moves on the governmental chessboard as well. The Ministry of Finance (MoF) has pegged monetizing defence land as the only way to generate revenue for the proposed non-lapsable modernization fund. According to officials, a draft cabinet note on setting up the defence modernization fund is currently undergoing inter-ministerial consultations, and a final decision is expected soon, following which it will be placed before the Union cabinet for approval. Lt Gen HS Panag (Retd) said ``Since defence lands are in the most prime areas all over the country, over the years, politicians and civic officials have demanded that they be used for undertaking developmental activities. Now it seems, it is happening.”

All along the GT Road - from Delhi to Peshawar for instance – there are camping grounds and old depots that are not in use any longer, built by the British Indian Army during the Second World War when troops had to be moved from one place to the other.

"You can monetise the land if the army is not using it and provided, they are given alternate land,” Panag told Moneycontrol.

But in his reckoning, the estimated money that the government may earn from monetisation of land would barely suffice.

The Department of Military Affairs (DMA), headed by Chief of Defence Staff (CDS) Gen. Bipin Rawat, had told the government last year that proceeds from defence land monetisation would be hardly adequate to meet the armed forces’ requirements.

The DMA had also highlighted that the capital budget of the defence forces is inadequate to meet their committed liabilities and objected to 50 per cent of the funds from defence land monetization going to the Consolidated Fund of India, as the Ministry of Finance has suggested. Most agree that it was only a question of time before the defence sector – the biggest landowner in India – would face acquisition issues. Politicians and developers have long waited to transform the lush green expanse of endless defence land into glass-and-concrete boom towns. In 1991, the then Defence Minister Sharad Pawar was the first to moot the idea of abolishing cantonments, "these remnants of a colonial past" so that "excess land" could be utilized.

Given the outrage that followed, however, he tempered the statement saying that cantonments will not be scrapped.

According to the Directorate General Defence Estates, the MoD has about 17.95 lakh acres of which about 16.35 lakh acres are outside the 62 cantonments in the country.

This, mind you, does not include lands with the public sector units (PSUs) under the MoD, including Hindustan Aeronautics Ltd, Bharat Electronics Ltd, Bharat Dynamic Ltd, Bharat Earth Movers Ltd. Garden Reach Workshops Kolkata and Mazagon Docks Mumbai, among others and the vast Border Roads Organization, which has constructed over 50,000 km of roads.

There are substantial military lands outside the Cantonments. Camping grounds, abandoned cantonments, ranges, and even discarded airfields of Second World War vintage constitute defence lands, which according to one estimate totals land area of up to five Delhis – old, new and rural areas - put together!

Prime property. From the famous sprawling maidan in front of Victoria Memorial in Kolkata to the huge Delhi Cantonment and Navy Nagar in tony South Mumbai; hill stations like Dalhousie, Lansdowne, Kasauli and the Nilgiris– to name just a few - are owned by the Ministry of Defence and its allied organizations.

In a country where land is extremely scarce, it is tempting for political parties to ‘encroach upon’ or ‘use’ defence land for developmental purposes.

Added to the huge land holdings, the armed forces also have veto powers on land sale or construction activities near their stations on grounds of security. To be sure, however, the concept of a non-lapsable defence modernisation fund is not new.

In the interim Budget of 2003-2004, the then Union finance minister Jaswant Singh had announced such a fund of Rs 25,000 crore, which would be made available to the MoD. However, in the subsequent years, the finance ministry had repeatedly objected to setting up the fund. The fund has now been recommended again by the 15th Finance Commission, which made its report public on February 1 this year. The same month, Finance Minister Nirmala Sitharaman said her ministry had agreed in-principle to the fund. “The modalities and the structure will be worked upon,” Sitharaman told the Lok Sabha.

Others, like Lt Gen Satish Dua (Retd) believe that surplus defence land can be monetized for modernisation of the armed forces. ``The capital generated should form a non-lapsable kitty for modernization only (not revenue expenditure). A firm recommendation to this effect has been made to the 16th Finance Commission,” he told. Dua, however, points out that monetisation of land under use in cantonments is not being suggested. ``Only the land which the Army is forced to accept in some unviable location as barter, may as well be monetised,” he said.

The point to be seen is how this civilian glasnost pans out. As of today, military cantonment and lands are governed by a special 1924 Act and they have their own laws and administration, independent of civilian municipalities. Will these unique powers remain or is this fine distinction going to blur? Officials do admit that encroachment of defence land is a major issue. Between 2017-2020, over 55 acres of encroachments or unauthorised constructions were detected on defence land. In a country like India with a burgeoning population and the demands of urban living weighing heavily on civic planners, the old consideration of keeping defence areas away from civilian habitats, also seems to be breaking down.