In the test the missile was fired from maximum range and hit the target with pinpoint precision. 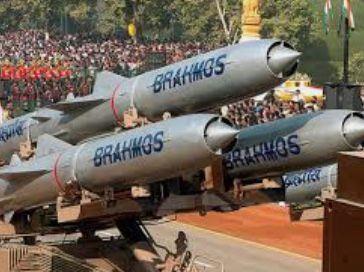 India today in a military trial, successfully test fired state of the art supersonic cruise missile BrahMos. The test was conducted off the western coast from Indian Navy destroyer INS Vishakhapatnam.
This was the first sea to sea test of the missile since its commissioning. In the test the missile was fired from maximum range and hit the target with pinpoint precision-Indian Navy quoted by ANI
Also Read: Navjot Singh Sindhu launches Punjab model ahead of Congress’ Manifesto, calls it his dream, warns Congress
The DRDO said that the missile hit the target ‘precisely’. In a tweet the Defence Research and Development Organisation said, "Advanced sea to sea variant of BrahMos Supersonic Cruise missile was tested from INS Visakhapatnam today. Missile hit the designated target ship precisely,".
Defence Minister Rajnath Singh also took to twitter to applaud the war readiness of the Indian Navy. In the tweet he said—“ The robustness of @indiannavy mission readiness is reconfirmed today after successful launch of the advanced version of BrahMos Missile from INS Vishakhapatnamtoday. I congratulate the wonderful team work of @indiannavy @DRDO_India & @BrahMosMissile,”
The missile is a result of an Indian-Russian venture, BrahMos Aerospace. The missile is designed to be multiplatform meaning it can be launched from sea, air or land. The missile hits the target with pinpoint accuracy everytime. It can travel at a speed of 2.8 Mach which is almost 3 times the speed of sound.