Prominent Indian-American social activist, keeping in view the hardships faced by the diaspora having OCI (Overseas Citizen of India) card in the US, has urged the Government of India to extend the date of its renewal till December 31. 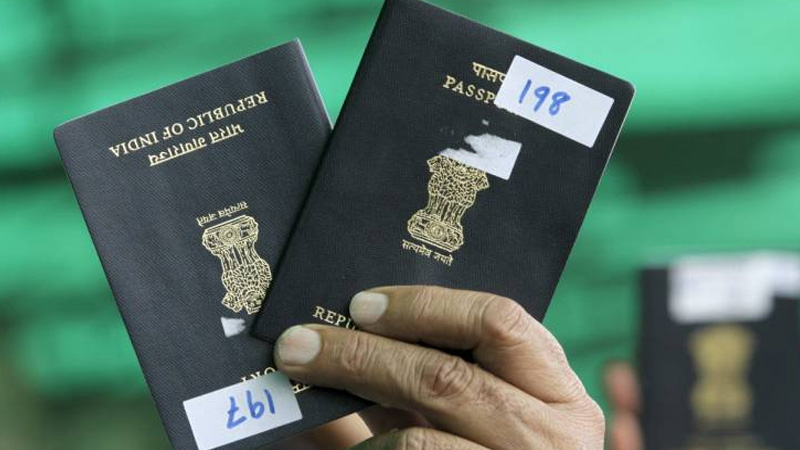 The Ministry of Home Affairs Foreigners Division, in December, had issued an offical memorandum instructing the relevant government agencies and airlines that Overseas Citizen of India (OCI) card holders, not falling in the age groups of 20-50, who have renewed their passport can travel to India as long as they also possess their old cancelled passport.

Till June 30, time has been alloted to them to renew their OCI card. However, currently, based on the feedback that he has been receiving from Indian-Americans and the diaspora community, Indian-American Prem Bhandari said that given time by the Indian government is not enough as on the edge of the Indian government there's a need to conduct huge awareness campaigns.

Also Read: 1,600 Indians deported by US in one year

New York-based Bhandari, last year also raised the matter but in his latest communique to the Indian government this week said, "My humble request to you is to extend the date of renewal of OCI cards till December 31, 2020 such that the Non-Resident Indian/Person of Indian Origin community had enough time to understand the new requirement and renew their OCI cards."

Communique has been sent to the Ministry of External Affairs and other ministeries including the civil aviation and home affairs by Bhandari who heads Jaipur Foot USA.

"This will give ample time to the Indian diaspora to renew their OCI cards and facilitate a pleasurable visit to India," said Bhandari while talking to eminent news agency.

This week, OCI has been issued by the Indian Consulate in New York and other Indian diplomatic missions.

Letter written by Bhandari read, "As you are aware with the advisory issued by the Ministry of Home Affairs and the Ministry of Civil Aviation to airlines, overseas Indians and PIOs have been facing great difficulties in travelling to India during the busy holiday season in December 2019 and January 2020."

"As many did not have updated OCI cards or were not carrying their old passports, they were stopped by airlines from boarding. We are grateful to the Ministry of External Affairs and the Ministry of Home Affairs for granting assistance and for helping people to travel to India without their old passports and extending the date of renewal of OCI to June 30, 2020. This has considerably ameliorated the situation," read the letter.

However, Bhandari added, difficulties were being faced by many Indian-origin travellers at airports in boarding as airlines frequently misinterpret the rules or are inflexible although Indian Immigration has been allowing people to enter the country without new OCI cards or even without old Passports.

"You are aware that a large number of OCI cards have been issued and it is not possible for everyone to be aware of the rules. Many a times I have intervened to get people to board aircraft by using personal influence. Several times, I have sought the help of Consulate in New York to help the people to board," Bhandari continued.

Mnay people are still unaware, despite the efforts made by the Government of India and Consulates to diffuse and disseminate this information regarding renewal of OCI, Bhandari said "we are hearing daily horror stories."

Indian-Americans have complained that they were not aware that every time an OCI card holder below the age of 20 and above the age of 50 years renew their passport they have to apply for the renewable of OCI card too.

He had raised the issue last year also with then India's ambassador to the US Harsh Vardhan Shringla and secretary of Ministry of Civil Aviation Pradeep Singh Kharola. Both of them, Bhandari said, were instrumental in coming to the rescue of the Indian diaspora.