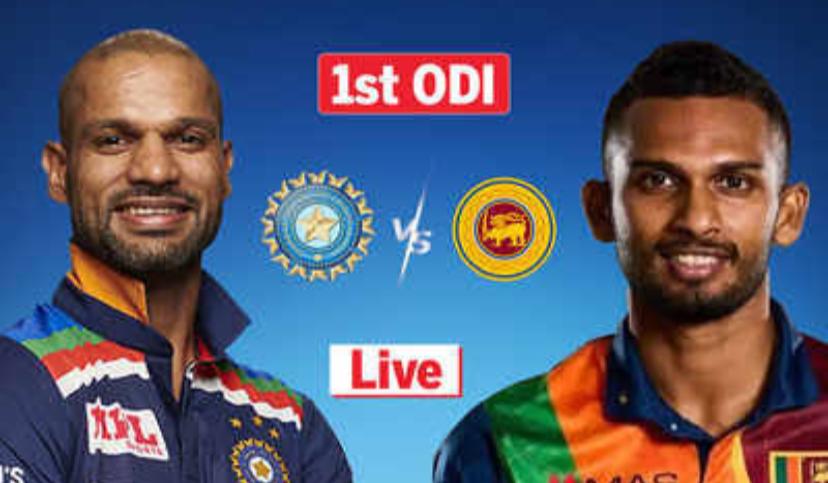 Shikhar Dhawan and Ishan Kishan dent Sri Lanka's hope in the opening ODI, as the duo hit half-centuries in the chase of 263 runs. Dhawan was going steadily when Prithvi Shaw (43) and Ishan Kishan (59) were on the crease but he went on to take the charge after Kishan and Shaw got out. Dhawan also completed the mark of 6000 ODI runs in this match, and became the fourth-fastest cricketer to do so.

A late flourish helped Sri Lanka post 262/9 after opting to bat in the first One-day International against India on Sunday. Batting at number eight, Chamika Karunaratne top-scored with 43 off 35 balls. Down the order, skipper Dasun Shanaka (39) and Charith Asalanka (38) made useful contributions.

For India, Ishan Kishan and Suryakumar Yadav made their ODI debuts, while Bhanuka Rajapaksa played his maiden 50-over match for Sri Lanka.

Team India wicketkeeper batsman Ishan Kishan started off his ODI career in blazing style on his 23rd birthday as he smashed a six off the first ball he faced on his ODI debut against Sri Lanka’s Dhananjaya de Silva. The southpaw became the fifth batsman in International cricket to smash a six on ODI debut since 2002.