The decision has been taken by Congress interim Chief Sonia Gandhi to end the longstanding feud in the state unit. 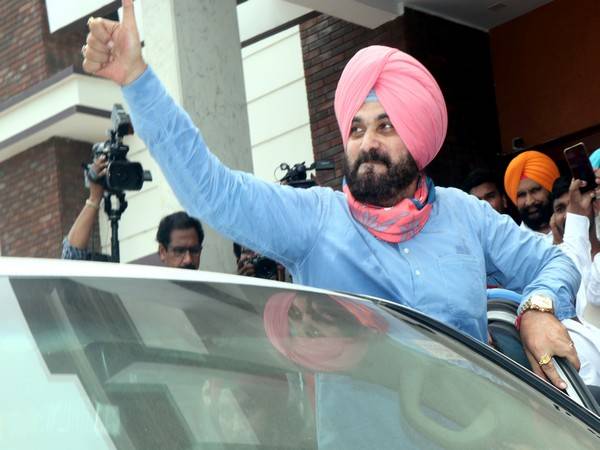 In a major development, the All India Congress Committee (AICC) appointed Navjot Singh Sidhu as Punjab Congress Chief resolving the conflict in the state unit.

The decision has been taken by Congress interim Chief Sonia Gandhi to end the longstanding feud in the state unit.


Pertinently, the decision by the High Command has been taken to end the tiff between Capt Amarinder Singh and Navjot Sidhu, however, the tension among the leaders continues to simmer even after several rounds of reconciliation.

Congress general secretary and in-charge Punjab Congress affairs, Harish Rawat on July 17 held a meeting with Capt Amarinder Singh in Chandigarh to know the latter’s stance on Sidhu’s accommodation as Chief in the party.

Capt Amarinder, however, agreed to it with a few riders which include Navjot Sidhu to issue a public apology for the derogatory remarks made against him.

Earlier, Capt has also denied working with Sidhu as Punjab CM if the latter will be inducted as state unit Chief.

Now, it will remain evident to witness how the Congress High Command will manage to make peace between these leaders.