Indians leading in the race of applying UK student visa

As per the information released by the UK's Office for National Statistics (ONS), Indians have emerged as the fastest growing nationality for student visa applications to the UK. 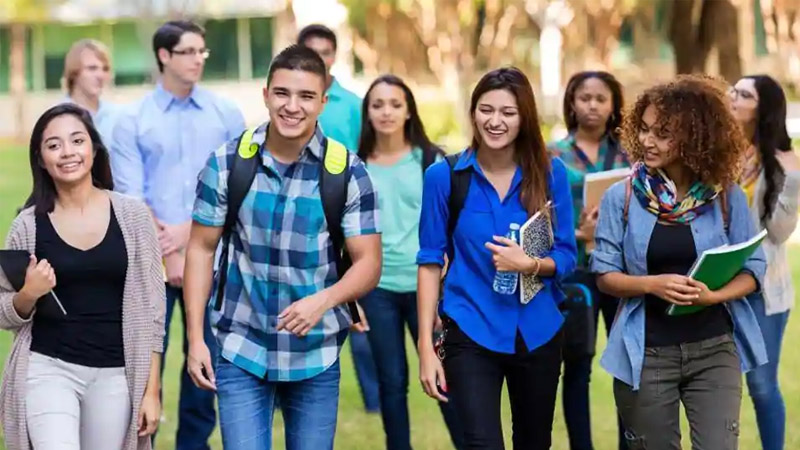 In the statistics it has been found that in 2019, over 37,500 Indian students received a Tier 4 (Study) visa which marks a 93 pr cent increase from the previous year and the largest number of visas issued in the Tier 4 category  to Indians over the last eight years.

In the skilled visa category of Tier 2 for UK, Indian professionals are also on the lead, with over 57,000 visas granted to Indian workers last year-accounting for over 50 per cent of all such visas.

Jan Thompson, acting high commissioner to India said, "This phenomenal increase in student visa numbers is testament both to the UK's world leading educational system to the exceptional talents of Indian students."

"We couldn't be prouder that the best and brightest continue to pick the UK, making the living bridge between our countries stronger each day," added Thompson.

The introduction of a new Graduate Visa route, launched recently for the 2020-21 intake of international students, is likely to have a further impact on this upward tend from India, with its two-year post-study work option.

Barbara Wickham, Director India, British Council, added, "It is exciting to see so many Indian students trusting the UK as the destination for their education and furthering their careers. This bodes very well for both countries continued focus on realising their knowledge ambitions in a fast changing world."

As compared to the previous year, the UK also continued to be a popular destination for Indian holidaymakers, with more than 515,000 Indian nationals being granted tourist visas last year showing an increase of 8 per cent.

However, the overall statistics show that in 2019, 95 per cent of Indian nationals who applied for UK visa were successful, an inrease of 5 per cent over 2018.

The latest ONS figures reveals broader post-Brexit trend of increasing migration from outside the European Union (EU), set for a further hike once the UK government's new points-based system is all set to start from January 1, 2021.

"EU net migration has fallen, while non-EU net migration has gradually increased since 2013 and is now at the highest level since 2004. Since 2016, immigration for work has decreased because of fewer EU citizens arriving for a job. Meanwhile, immigration for study has gone up and is now the main reason for migration. This is driven by more non-EU students arriving, specifically Chinese and Indian,"  said Jay Lindop, Director of the Centre for International Migration at the ONS.

Britain's exit from the EU will end the current free movement of people from within the economic bloc at the end of the Brexit transition period on December 31 this year, bringing EU and non-EU migrants under one system.

"We are ending free movement and will introduce an Immigration Bill to bring in a firm and fair points-based system that will attract the high-skilled workers we need to contribute to our economy, our communities and our public services," the Home Office has said.

"We intend to create a high wage, high-skill, high productivity economy," it said in its policy document for the new points-based system, which the Prime Minister Boris Johnson led government hopes will ultimately bring down overall migration into the UK.