According to the medical authorities, she wanted to make an air trip to Delhi and for that she underwent the Covid test. 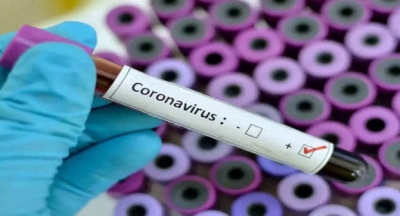 The country's first Covid positive case was a medical student who had arrived from Wuhan in China to her hometown in Thrissur in January last year. One and a half years later she has once again turned positive, as per reports on Tuesday.

According to the medical authorities, she wanted to make an air trip to Delhi and for that she underwent the Covid test. Much to everyone's surprise she tested positive.

Besides, as per authorities she is yet to take her first vaccine shot. However, the reason why she didn’t received her first shot is yet not known.

Besides, the medical authorities said that there was nothing to worry about and she is asymptomatic as of now.

After her return from Wuhan, she has not gone back and had been continuing her classes online, from her home.

Meanwhile, nearly two-thirds of people infected with the Delta variant in the UK, and more than half of those who have died with it, have not had a Covid vaccine at all, the latest official data suggests. The experts in India also warned of the same situation, and asked people to get vaccination at the earliest before third wave wreaks havoc.

Also Read: How the current scenario will lead to the THIRD WAVE? Check details

Also, India on Tuesday recorded 37,154 fresh Covid cases and 724 deaths, taking the overall case count to 3, 08, 74,375 total infections registered since the start of the pandemic. More than 3 crore people have recovered so far, as per official data.