In the Indore Dominos girl fight viral video, you can see the girl in uniform crying in pain but nobody seems to help her, and standing like a mute spectator. 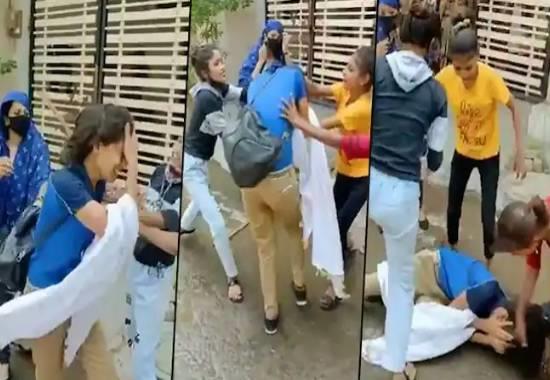