According to a media report, Pakistani military officers have been deployed in the Western and Southern Command of the Chinese Army. 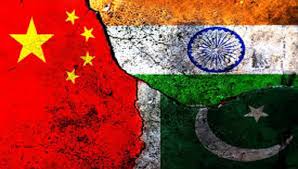 Recently, intelligence inputs have suggested that the Pakistan Army officers have been deployed in the formation headquarters of China’s People Liberation Army (PLA). This deployment is a part of an intelligence-sharing arrangement between the two countries.

According to reports, China handed over the responsibility of Western Theatre Command to General Wang Hejiang, last month. On the one hand, China is talking about removing troops from the area and it is increasing the deployment of troops and weapons in Ladakh through another route. This was confirmed by Foreign Ministry spokesperson Arindam Bagchi on Thursday.

A close government source told a renowned media network, despite the ongoing disengagement between Indian and Chinese troops along the Line of Actual Control, a large number of Chinese troops from this command continue to be deployed in the eastern Ladakh region.

A separate force for China-Pakistan Economic Corridor (CPEC) was published by Pakistan's newspaper The Dawn, in 2016. It was said that a separate unit of a total of 15,000 soldiers has been prepared for the security of the China-Pakistan Economic Corridor. However, recent media reports from Pakistan suggest that the work of CPEC has been almost stopped for almost two years.

Indian Ministry of Foreign Affairs and Defence is keeping a close watch on these antics of China and Pakistan. An official said that the Pakistani army is continuously providing security to CPEC and Chinese citizens. This makes it easier for the military of both countries to work.

The official said, “In view of the regular assistance being provided by the Pakistan Army to CPEC and Chinese nationals, the posting of a Pakistan LO will help obviate issues which may crop up between the two countries. It will also help in greater acquaintance with each other’s armies and style of functioning.”