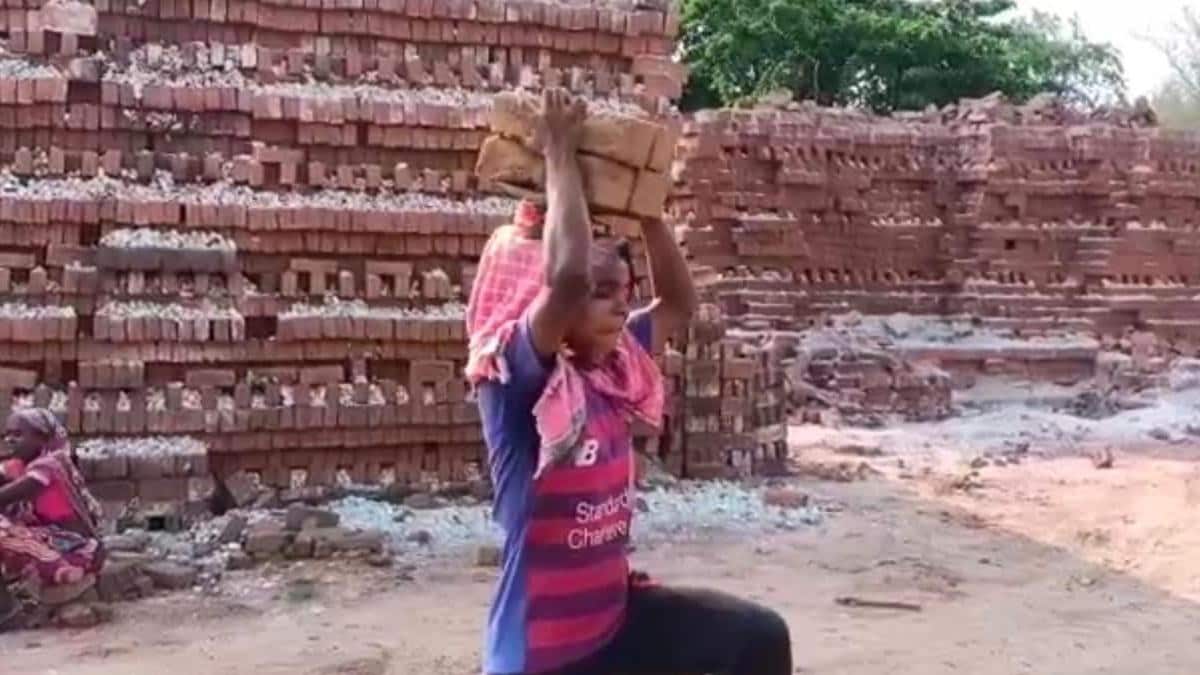 International footballer Sangeeta Soren and her family, based in Jharkhand has been struggling to earn a living. Sangeeta’s father cannot work as he is blind. His household expenses depend on his brother, who is a daily wage laborer. Someday her brother can earn and another day he comes back home empty-handed.

During such an up and down situation, Sangeeta has decided to work and now she works in a brick factory to feed her family. Sangeeta is an international footballer, she has represented our country at the under-17, under-18, and under-19 levels. She had won a bronze medal in the under-17 football tournament.

Despite, playing as an international footballer she is a daily wage laborer. She has also asked for help from Jharkhand Chief Minister Hemant Soren four months back. Now, the Women Commission is taking an action on this, commission has written a letter to the government of Jharkhand and the All Indian Football Federation and has requested to give Sangeeta a good job so that she can live her life with dignity.

Also Read: Covid19 home test kits: How to use it, disadvantages, precautions to be taken, here’s all you need to know!

Jharkhand's government did not help the young footballer. In August 2020, Sangeeta asked for help from the government of Jharkhand. The Chief Minister of the state promised to help her and provide her a good job, he too tweeted on Twitter about the same. But now, after nearly nine months no help had been given to Sangeeta and her family.

Recently, four months ago, Sangeeta once again requested the Chief Minister, he once again assured to help her. But till now no help has been provided to the family. Sangeeta is angry and upset for not getting any help.

She said that why do we have to ask for help, can’t the government think about us by itself.

In an interview with a media organization, she said, “It is the responsibility of the state government to take care of their international players. I tried to get their attention through social media. I have also applied for a scholarship, no one has responded.”

Her selection was scheduled to help in the national football team last year, but she lost the opportunity because of the Covid lockdown.

Women Commission has written a letter to the Government of Jharkhand regarding this. Chairperson of the women's commission, Rekha Sharma, has asked the Chief Secretary of Jharkhand to give all possible help to Sangeeta and her family.