On Sunday night, the Rajasthan Royals unveiled their IPL 2021 jersey with a dazzling light display at the Sawai Mansingh Stadium in Jaipur. For the unveiling, the franchise set up a giant screen in the stadium with a video montage and a 3D projection of some Rajasthan players in the new jersey. In the second half of the video, the Royals unveiled their new pink and blue jersey. 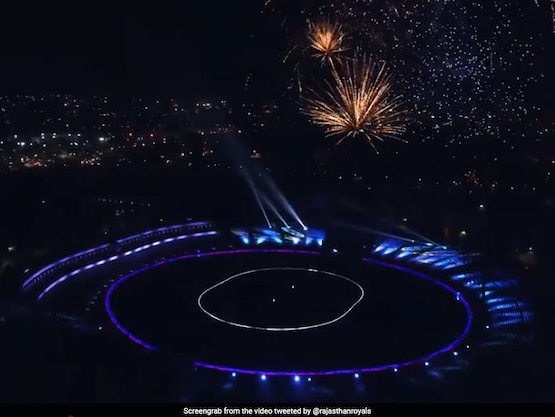 Giving his reaction on the revealing of new jersey design, RR's most expensive player Chris Morris said ,"Unbelievable reveal of the new jersey. From 2015 till now the jersey has changed a lot since the last time I played for the Royals, and it is a beautiful jersey. I am excited to be a part of this team again and proud that the foundation is the main driver behind the design."

The launch of the Rajasthan Royals' jersey wowed Twitter users.

The Rajasthan Royals are currently in Mumbai, where they will play Punjab Kings in their first IPL 2021 match on April 12 at the Wankhede Stadium.

The Sawai Mansingh Stadium will not host any IPL 2021 matches. Due to the coronavirus pandemic, the tournament will only be held in Ahmedabad, Bengaluru, Chennai, Delhi, Mumbai, and Kolkata.

During the league level, each team will play at four separate venues. Chennai, Mumbai, Kolkata, and Bengaluru will each host ten league matches, while Ahmedabad and Delhi will each host eight matches.

The IPL governing council stated when announcing the schedule that all matches will be played at neutral venues and that no team will play at their home venue.