Iran retaliates: Rocket falls on US military troops base in Iraq

A rocket has landed on Thursday night near a military base in Iraq housing US troops, just days after more than dozen ballistic missiles were launched by Iran at American air bases in the country. 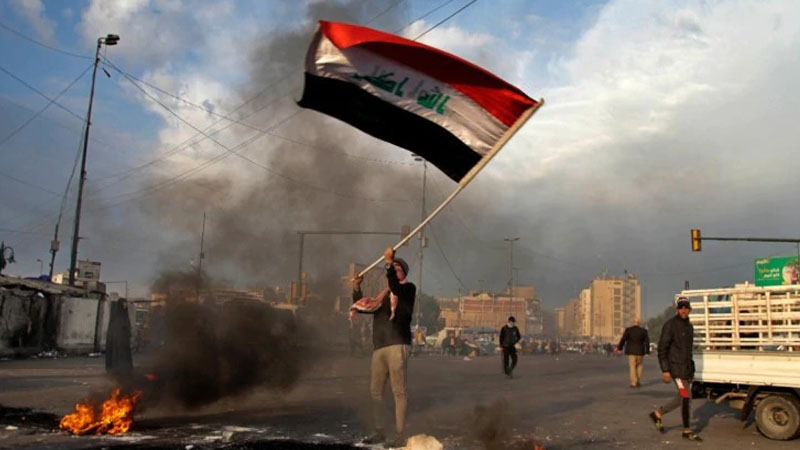 The missiles fell in the Fadhlan area of the Dujail district in Iraq's northern Salahuddin province, polices sources said. The area is close to the Balad air base which houses US troops.

This incident came shortly after the US President Donald Trump authorized the targeted killing of Iran's top general Qasssem Soleimani, enhancing tensions among nations. Iran responded overnight with its most direct assault on America since the 1979 seizure of the US Embassy in Tehran, firing ballistic misslies at US military troop’s bases in Iraq. Iran's intention was to kill, says Pentagon.

Yesterday two rockets were launched in to the heavily fortified Green Zone in Baghdad near the US embassy. Iraqi police said one rocket landed around 100 yards from the embassy but there were no reports of casualties in the attack. The Green Zone houses government buildings and foreign missions in the Iraqi capital.

Iran's proxy forces in Iraq, the Shiite militias known as the Popular Mobilization Forces, have been known to previously launch similar rocket attacks on US assets in Iraq. Initial reports indicated the rockets were Katyushas, a Soviet-era ground-based multiple rocket launcher used by multiple factions within Iraq.

As a result of the rocket attacks, the US military is weighing possible adjustments to its defensive posture in the Middle East,a US defence official said today.

Also Read: US-Iran Conflict: Iran President says US cut off Soleimani's arm, will 'cut off your leg' in region

The senior US official, speaking on anonymous condition, said Iran - which had been expected to retaliate over the US killing of a top general - had been seen more likely attacking US positions in another country than in Iraq, where Tehran counts some influential allies.

Although, US and Iran, have stepped back from the brink of a possible war as US President Trump signaled he would not retaliate using his military powers for Iran's missile strike on Iraqi bases housing US troops.

On twitter, US President Donald Trump, after his re-election campaign on Thursday, assured that his administration would not hesitate in defending American lives or stop working to defeat Radical Islamic Terrorism.

President Donald Trump, at the Ohio rally, made the killing of Iranian general Qassem Soleimani a theme of his campaign, receiving applauds from thousands when he said the death saved lives and delivered "American justice."

Trump defended his order to kill Soleimani and rejected criticism from Democrats who said, he stepped out of his authority with the US military's drone strike against the commander of Iran's military Quds force at Baghdad's airport a week ago. Trump accused Soleimani of organising violent protests by Iran-backed groups at the US Embassy in Baghdad earlier this month