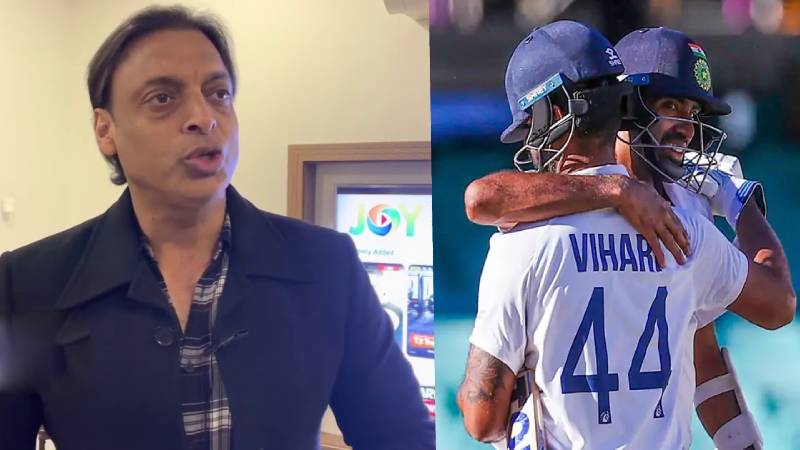 The ongoing test series between India and Australia seems to have brought back the lost love of the audience towards test cricket. From team India getting all out at 36 and losing the match to one of the greatest comebacks of team India, the series has witnessed one of the most competitive and fighting test series of all time.

The third test between India and Australia ended up in a draw. However, that draw was considered as team India's win, as there were many players who were injured still India fought hard to save the test match. , Ravichandran Ashwin and Hanuma Vihari batted for nearly 3 and a half hours and saved the match. Vihari was ham-stringed and Ashwin struggled with a back injury during the match. India saved the match by batting over 100 overs after 23 years.

Now, Pakistani speedster Shoaib Akhtar has hailed the Indian bench strength and character of the players. Akhtar took to his Youtube channel and praised the Indian Cricket Team for the marvelous effort and character they showcased at the Sydney Cricket Ground (SCG).

Akhtar uploaded his video in which he said, "I have said earlier that India showcased their character after getting all-out at 36. However, the way they made their comeback and won the next test match then I realized that this team has got its strength back. However, Australia still managed to grab them and put them into a difficult situation but if a batsman like Pujara will stand in front of you who will only keep its bat in front and pad behind. He easily neutralized Nathan Lyon. Pujara played marvelously in both innings of the third test."

"Then Rishabh Pant comes and he takes India into a winning situation. You live by the sword you die by the sword, Pant played openly and quite fiercely. See the character of Team India, Bumrah bowled most overs and due to that, he suffered an abdominal strain. KL Rahul is already out, Vihar is suffering from the hamstring, Shami got ruled out, Ishant is suffering from a side strain, there are lots of injuries. But whoever lad is coming from the bench strength. If Nathan Lyon would not have taken Pant's wicket then India would have defeated Australia easily," added Akhtar.

Talking about the upcoming Gabba test, Akhtar said, "The way India has fought and made a comeback, I feel irrespective of how many players get injured, I could see India winning Brisbane test. India has become a tension for Australia. All India needs is one last push. Amidst so many injuries and fitness worries, team India needs to believe in their bench strength."