Is Hailey expecting her first child? Know what she has to say

According to the sources they have already planned about their future and will build their family someday. 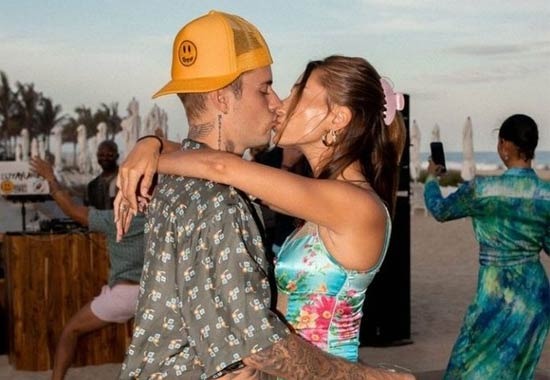 Justin Bieber and Hailey Baldwin are one of those couples, who are always underscan grabbed the attention of the public again. In the recent post, Justin had shared a picture of them which created a hustle on the internet among the fans.

The post contained the photo of the couple and Justin had captioned the post as, “mom and dad”, which made people think that the couple was expecting and that Hailey was pregnant. Hailey then commented in the post of Justin which reads as “I think u should maybe change this caption to *Dog Mom and Dad* before anyone gets it twisted (laughing emoji)” 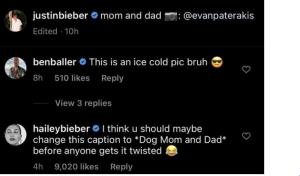 Before the clarification given by Hailey, many people had already questioned if there was any baby or not. This is not the first time when she has opened up on rumors. Lately, there were a lot of rumors on Hailey being yelled at by Justin in Las Vegas, and Hailey in that response posted their photo while kissing. To the snap, she added a not, “Reminiscing on how amazing last weekend was. Had the best time surrounded by so much love. Any other narrative floating around is beyond false. Don’t feed negative bullshit peeps.” 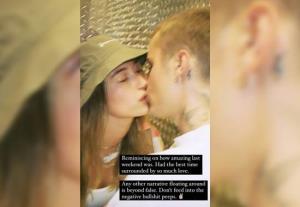 Even in 2020, near the election, the rumors of their pregnancy broke to which she said, “Since I know you guys were about to break your little story, I’m not pregnant. So, please stop writing false stories from your sources and focus on what’s important aka elections.”

Justin and Hailey tied a knot when Hailey was only 21, according to the sources they have already planned about their future and will build their family someday, but as for now Hailey is really focused on her career so it isn’t any hurry to have kids.