Is the World Ending on September 24? Doomsday prediction on TikTok sends netizens into a frenzy

September 24 doomsday theory took the centre stage with netizens wondering Is September 24 will be the end of the world? The answer is no. 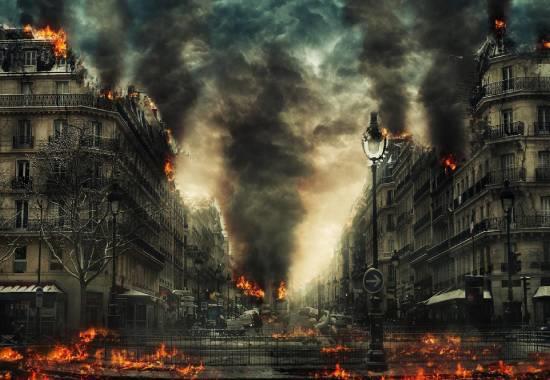 Social media in the United States and many other countries are on a buzz ever since apocalyptic conspiracy theories went viral on TikTok. Google has been bombarded with the question about September 24 doomsday or September 24 apocalypse. In fact, people around the world have been querying whether the World will end on September 24. Courtesy of the viral TikTok doomsday prediction started with a video of Friedrich Merz, a German politician, posted to Twitter saying, 'Dear Colleagues…September 24, 2022, will be remembered by all of us as a day in which we will say, ‘I remember exactly where I was.'

Following this September 24 doomsday theory took the centre stage with netizens wondering Is September 24 will be the end of the world? The answer is no. As the apocalyptic conspiracy does not possess any evidence that this statement can be backed. Moreover, it has been clarified that Merz's speech which occurred in February simply misspoke. Merz's statement was pointed at February 24 (beginning of Russian attack on Ukraine) and mistakenly said September 24. So it was unintentional as per his official's statement.

Now again the question arises, how September 24 apocalypse became a TikTok viral video? The answer is Merz's initial statement - combined with news of a possible solar flare. The statement spread like wildfire, giving life to doomsday rumors. Reportedly, a massive solar flare was reported in Africa and parts of the Middle East last week, knocking out radio operators for up to an hour. Moreover, on September 15, a smaller solar flare was also reported. The statement has sparked more conspiracy theories like a big solar flare would hit the earth and create tropical cyclones resulting in mass destruction.

It is pertinent to mention here True Scoop reiterates that September 24 doomsday theory is just based on a factual error and all will be well on Saturday.

Another user wrote, "September 24, 2022? A day remaining in our memories… something is amiss"

September 24, 2022? A day remaining in our memories… something is amiss. #September242022 #EndTimeProductions pic.twitter.com/vPuKLlqNb7