Islamic Revolution: The paradoxical history of women's liberty in Iran and its relevance to modern day Anti-Hijab protests 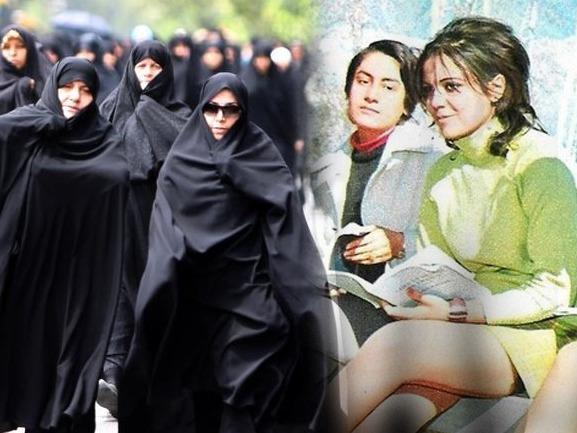 Iran, home to staunch Shia Muslim ideology is caught amidst a storm of protests by hundreds of women against the stringent Hijab law which has subjugated their personal freedom for decades now.

The protest came against the backdrop of the death of a 22-year-old Turkish woman Mahsa Amini under the custody of Morality police after she was arrested for the improper way of wearing a Hijab.

An incident that is not new in Iranian history, there have been cases in the past as well where the morality police have thrashed women publicly over defying the Islamic dress code in the nation.

There was a time in Iran when there was a ban on women wearing hijabs and today the situation has entirely capsized leading to a widespread nationwide protest against the radical Islamic settlement.

But, before we head into what actually led to the present-day situation in Iran it is crucial for us to understand from where it all started, how a Monarchy was overthrown by Republic only for the worse.

The answer to this question begins almost a century ago with the establishment of the Pahlavi dynasty, the last Monarchial establishment in Iran in the year 1925. The ruling dynasty of Pahlavis was extremely impressed by the culture of the West.

Under the regime of their first ruler, Shah Pahlavi itself changes influenced by the West were seen in the Islamic state. His, son Mohammad Raza Shah Pahlavi descended the throne in 1941 and went a step ahead in acknowledging the Western principle and idea of rights for women.

The father-son duo several steps in upholding women’s rights in the nation which included:

• On January, 8th 1936 Ruler Shah brought in Kashf-e-Hijab, deregulating the wearing of the Hijab.

• After descending the throne in 1941 Mohammad Raza imposed a ban on Kashf-e-Hijab and allowed women to adore the dress of their choice.

• In a big move recognizing equal rights, Raza Shah granted women with the rights of Universal Adult Franchise in 1963.

• The ruler brought reform in the personal law of Iran as well ensured equal rights to women at par with men.

• The age bar for women to get married was increased from 13 to 18, besides acknowledging abortion as a legal right.

• Women’s education got a pump in the regime of the Pahlavi dynasty, in the decade starting in 1970 the total participation of women in universities was touching over 30%.

But, these reforms were not taken up by religious leaders in Iran. Their radical Islamic view defined the place of women in Islam in a completely different sense and their retaliation that followed found a place in the history of the world as well as lodged in the brutal Iranian past.

Russian School Shooting: Gunman shoots self after killing 9 including 5 children in a shooting spree at a school in Izhevsk

The story of this revolution is associated with Ayatollah Ruhollah Khomeini, the former supreme leader of Iran, the man who spearheaded the protest against a progressive reformist culture under the Pahlavi dynasty.

He ardently stood against the liberties granted to women and believed the rights offered to them disrespected the Islamic principle. In the year 1978, a total of 20 Lakh people along with Khomeini gathered near Shahyad Chowk demonstrating against the Monarchial establishment.

It was this incident that saw the beginning of a successful Islamic Revolution also called the Iranian Revolution. The voice of 20 Lakh odd supporters of Religious leader Khomeini was so colossal that forced Mohammad Shah Raza Pahlavi to flee Iran in 1979.

This marked an autocratic beginning of a horrific Republican regime that acted as a booster and devastated the liberty of women from then on. Khomeini was sworn in as the supreme leader which marked a new beginning in Iranian history and made it home to orthodox Shias.

Working strictly on the measures expected, Khomeini gradually started subjugating the rights of women and imposed Hijab as a compulsion for them in 1981. Years down the line the establishment placed controversial Morality Police in action deployed strictly to make and enforce the Islamic principle.

Khomeini lowered the age bar for women’s marriage to 9 from 18 and made changes to the laws of 1967 that granted equal rights to women at par with men in the country.

However, things changed a bit for good after Khomeini’s demise and his successors worked for the betterment of women’s education.

At present women in Iran have been staging a widespread protest against the atrocities they faced and the forceful imposition of Islamic culture they have been subjected to. Hundreds of arrests have been made in the country after women’s registered their protests by handing their Hijabs to fire and cutting their hair.

Hard to imagine where would these protests lead to their voice for rights in the polarized and radical settlement, but one thing is for sure the demands of women at present have been scripted in the history of the reformist movement of the Iranian women that will inspire generations to come.