The discovery was made by Chandrayaan-2 orbiter's imaging infrared spectrometer. 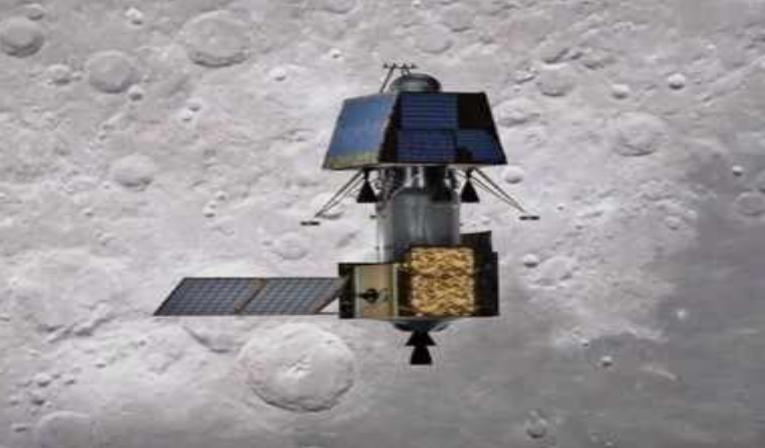 India's ambitious Chandrayaan-2 moon mission may have made a hard landing on the lunar surface in 2019, but the orbiter accompanying it has been providing useful information to scientists back on Earth. And earlier this week, a research paper revealed that the Chandrayaan-2 orbiter confirmed the presence of water molecules (H2o) and hydroxyl (OH) on the surface of the moon.

The research paper, published in the journal 'Current Science', said, "The initial data from IIRS shows widespread hydration and presence of unmodified hydroxyl (OH) and water (H2O) molecules on the Moon between latitudes 29°N and 62°N." is clearly visible.'

It states that plagioclase-rich rocks have been found to contain more OH (hydroxyl) or possibly H2O (water) molecules than in the dark plains of the Moon.

'Chandrayaan-2' may not get the results as expected, but this development related to it matters a lot.

According to the researchers, the formation of hydroxyl or water molecules occurs due to a process called space weathering, which is when the solar winds blow over the lunar surface.

It was also observed from the data that the brighter sunlit highland regions at higher latitudes of the Moon were found to have higher hydroxyl or possibly water molecules.

"The proper interpretation of hydration feature through spectral analysis is significant as it provides important inputs regarding the geology and geophysics of the mantle in terms of their mineralogy, chemical composition, rheology and solarwind interaction," the researchers said in their paper.

India had sent its second lunar mission 'Chandrayaan-2' to the moon on 22 July 2019. However, the lander 'Vikram' in it was not successful in making a 'soft landing' in the South Pole region of the moon as planned on September 7 of the same year, due to which India's dream of becoming the first country to land on the moon in the very first attempt could not complete.