IT officers shocked: 256 Chaat, Paan, Fruit sellers turned out to be millionaires

These people are found in the middle of the market or on the road with selling chaat, crispy-kachori, chai-samosa, and paan shops 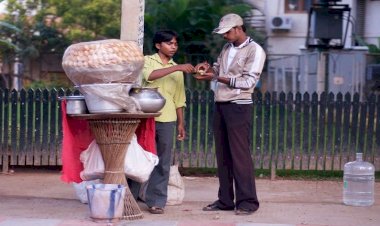 Several street food vendors including those selling chaat, crispy-kachori, chai-samosa, and paan have been found to have enormous wealth and property on which they do not pay any tax at all.

These traders have been working for years without registering their business with the Food Safety and Standards Authority of India (FSSAI) which oversees food safety of eateries, etc

You might have a car and face a problem in paying EMI during the coronavirus period, but when it comes to these riches of Kanpur, even the scrap dealers have been found to own three cars. Such rich people neither pay a hefty tax in the name of Income Tax nor do they have any relation with GST. One in the Lalbangla area of ​​the city and two scrap dealers in Bekonganj bought three properties worth more than Rs 10 crore in two years.

The Income Tax Department had been keeping an eye on these hidden 'Dhannaseths', who looked poor. In the investigation of the Income Tax Department and GST registration, 256 sellers have come out as crorepatis. When their details were probed with the help of data software and other technical tools, the officials of the IT department were stunned.

These ‘small timers’ also bought around 650 bighas of agricultural land in and around the rural areas around Kanpur.

In fact, two sanitation workers have built up properties worth more than 10 crores in the last two years.

Furthermore, more than 65 small grocery sellers and small-time druggists have also turned out to be millionaires who are not registered with the GST records.

These people made the mistake of putting their PAN number in government documents. As soon as PAN card and Aadhar were discovered in only one property, their secrets came out.

Earlier, such riches were exposed in some cities of western Uttar Pradesh. But this is probably the first case when so many people have been caught together. In the year 2019, a very shocking case came to light in Aligarh. In the investigation, the team of the Commercial Tax Department had revealed the case of a small snack trader having an annual turnover of Rs 60 lakhs.