IT officials discover cupboard full of cash during raid in Hyd; netizens intrigued to wonder ‘where do they keep clothes’

The pharmaceutical group involved in the case is a manufacture of intermediates, Active Pharmaceutical Ingredients (APIs) and formulations 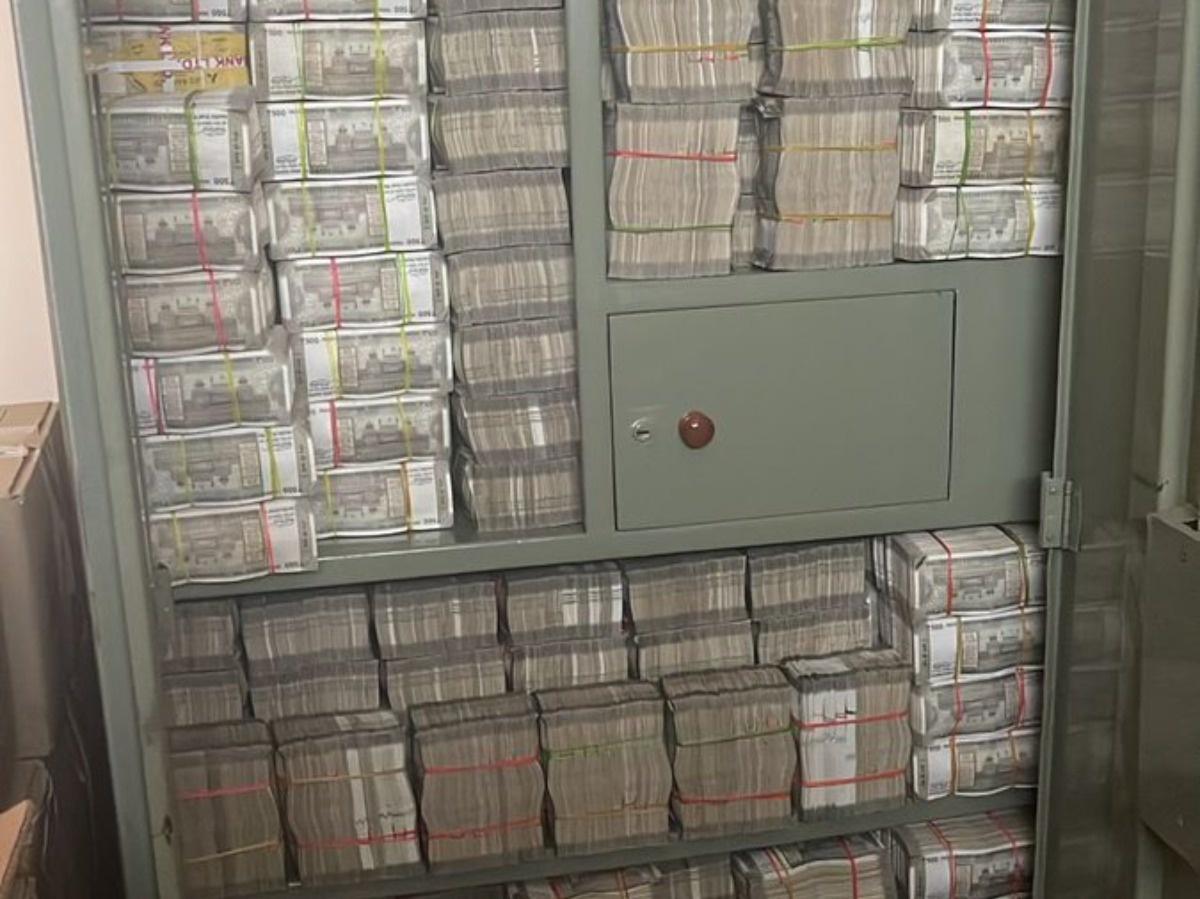 After raids on the Hyderabad-based pharma company Hetero pharmaceutical, the Income Tax Department discovered an unbelievable amount of Rs 550 crore and seized over Rs 142 crore cash.

The pharmaceutical group involved in the case is a manufacture of intermediates, Active Pharmaceutical Ingredients (APIs) and formulations, according to an official release from the income tax department. The majority of the products are exported to the United States, Europe, Dubai, and African countries.

However, a picture allegedly taken during the raid is making the rounds on social media and has gotten a lot of attention. A cupboard is shown in the image, which is stuffed with wads of cash.

Netizens on seeing the image are intrigued and wonder where does the person owning the cupboard keeps his cloth. Some of the social media users even have brilliant ideas to stack clothes and this amount of cash in a single cupboard.

Also Read: Trolls show no mercy to Navjot Sidhu after he tenders resignation as PPCC chief

Despite the fact that the department did not name the pharmaceutical company, an official aware of the situation described it as Hetero Drugs, which was the first in India to release the generic version of Remdesivir injection, Covifor, used to treat Covid-19.

B Parthasarathy Reddy, a member of the Tirumala Tirupati Devasthanams trust board, promotes the Hetero Group. He was also one of the suspects in the YSR Congress party president and Andhra Pradesh chief minister YS Jagan Mohan Reddy's quid pro quo case being investigated by the Central Bureau of Investigation.