“It was time to end this war,” says US President Joe Biden on Afghanistan Crisis 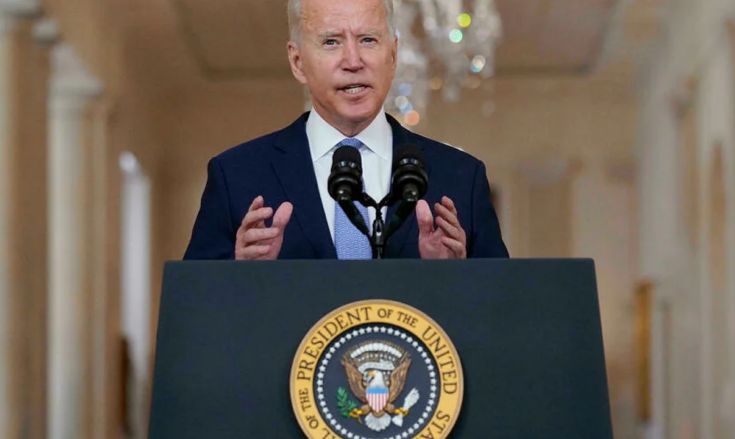 In an address to the nation, President Joe Biden recognised the end of a “forever war” in Afghanistan after the last American troops departed from Kabul on Monday night, marking the beginning of the end of the nation’s longest war.

He defended the evacuation effort, in which thousands of people were lifted out of Kabul in recent weeks, as an “extraordinary success” due to the “incredible skill, bravery, and selfless courage of the United States military and our diplomats and intelligence professionals.”

More than 123,000 people were evacuated from Kabul in a massive but chaotic airlift by the United States and its allies over the past two weeks, but many of those who helped Western nations during the war were left behind.

“I was not going to extend this forever war, and I was not extending a forever exit,” he said. “It was time to end this war,” he added later in his speech, pounding his fist on the lectern.

“No nation, no nation has ever done anything like it in all the history,” he said.

“It was time to be honest with the American people again,” Biden said. “We no longer had a clear purpose in an open-ended mission in Afghanistan.”

“We were left with a simple decision: Either follow through on the commitment made by the last administration and leave Afghanistan or say we weren’t leaving and commit another tens of thousands more troops going back to war,” he said. “That was the choice, the real choice, between leaving or escalating,” said the US President in his speech from White House.

Biden’s political opponents have criticised the president’s withdrawal strategy, saying the US should have begun removing people from the country earlier and should have operated more forcefully within Kabul -- actions the president maintains would have risked combat with Taliban forces and further American casualties.

“I believe there should be accountability for what I see as the biggest failure in American government on a military stage in my lifetime,” said House Minority Leader Kevin McCarthy.