‘It would risk water availability to TN’: Stalin urges Yediyurappa to not pursue with Mekedatu reservoir project

Stalin in his letter listed out reasons why the Mekedatu project should not be initiated adding that it “would definitely jeopardize the availability of water to Tamil Nadu.” 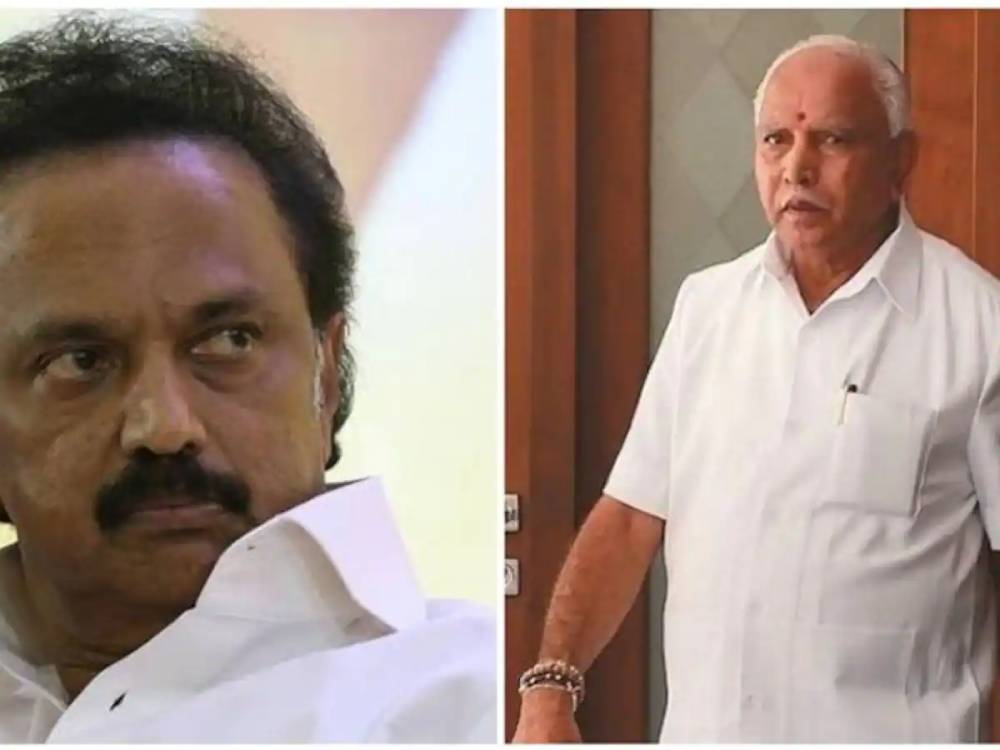 Reservoir construction in Mekedatu across the Cauvery river continues to remain the cause of tiff between the southern neighbouring states of Tamil Nadu and Karnataka.

Opposing the Mekedatu reservoir project, once again, Tamil Nadu Chief Minister M K Stalin on Sunday urged his Karnataka counterpart B S Yediyurappa to scrap the project in response to a letter written to him by the counterpart, BS Yediyurappa in Karnataka.

However, Yediyurappa has made fresh proposals to resolve the issue.

Stalin in his letter listed out reasons why the Mekedatu project should not be initiated adding that it “would jeopardize the availability of water to Tamil Nadu.” Disputing Karnataka’s views that the implementation of the project will benefit the farming community Tamil Nadu cannot be agreed on, adding that the project would “impound and divert” the first component of uncontrolled streams coming in river Cauvery that is due to Tamil Nadu.

Noting that the three-component contributing to the annual quantum of water to be delivered by Karnataka at the inter-State contact point was identified and that it was modified by the Supreme Court of India in the final order of the Cauvery Water Disputes Tribunal.

Construction of such a major reservoir by Karnataka which is far away from Bengaluru  “does not sound valid” said Stalin, citing that the apex court has allowed water from the Cauvery river as drinking water for the capital city.

Adding that Karnataka already has sufficient infrastructure to attract and meet the drinking water demands of Bengaluru, Stalin said, “the justification of the need for a reservoir with a storage capacity of 67.16 TMC to utilize 4.75 TMC as drinking water is not at all acceptable. This would jeopardize the availability of water to Tamil Nadu.”

“To address issues, if any, it is suggested that a bilateral meeting could also be held in the presence of officials concerned to clear all apprehensions. Karnataka will only take its share of water from the project and nothing more,” said Yediyurappa.

Reply in Stalin’s letter didn’t mention anything about the proposed meeting, however, desired cooperation from Karnataka and a good relationship to prevail between them.

Basavaraj Bommai, Karnataka’s minister for home, law and parliamentary affairs in response to Stalin’s letter said, “In Mekedatu, we are doing it under our area and it is for drinking water purposes. Whatever their share of water is, it will go and this is only the additional water. They have a new government, and it is a political adventure (for them). They are doing it for their political needs and we will fight it out legally.”