Paris Hilton child update was posted by the model herself and in order to do so she posted an adorable picture featuring her newborn son Author : Ujjwal Samrat 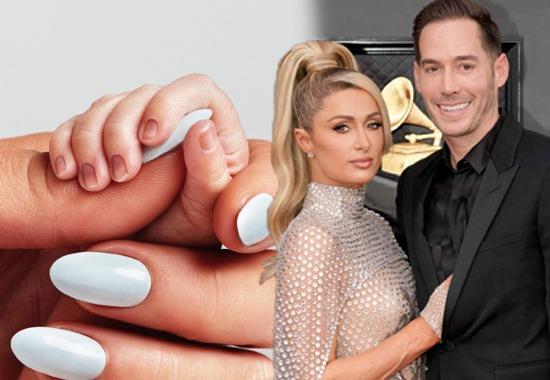 Famous American socialite and model Paris Hilton on Wednesday announced that she has become a mother. Paris Hilton, 41-year-old, welcomed her first child with her husband Carter Reum. Paris took to her Instagram handle to announce the arrival of her first child. Paris Hilton child update was posted by the model herself and in order to do so she posted an adorable picture featuring her newborn son and wrote, “You are already loved beyond words.” As per US media reports, Paris Hilton became a mother through surrogacy and she was blessed with a baby boy. Now, Americans and her fans around the world are eager to see Paris Hilton's child photo, however, the socialite is trying to keep it away from social media and paparazzi.

Who is Paige Lorenze? All About American Tennis star Tommy Paul's girlfriend

Coming to the socialite, in February 2021, Paris and Carter got engaged after dating for a little over a year. Reum had proposed to Paris on her 40th birthday. The couple then had a lavish three-day wedding celebration in November 2021, and recently welcomed their son through surrogacy. Hilton excitedly shared the news with People, saying, "It's always been my dream to be a mother and I'm so happy that Carter and I found each other. We are so excited to start our family together and our hearts are exploding with love for our baby boy."

In an interview with E! News in January 2022, Paris expressed her wish to become a mother and said she would like her firstborns to be twins. "I would want twins first," she had said. She further revealed that she wants two or three kids in total, as she wished that she had an older brother to protect her when she was in school.