Who is Paige Lorenze? All About American Tennis star Tommy Paul's girlfriend

Paige Lorenze is a model and social media influencer from Boston, Massachusetts, with a healthy Instagram following of 400K and over 50,000 subscribers on YouTube. Author : Ujjwal Samrat 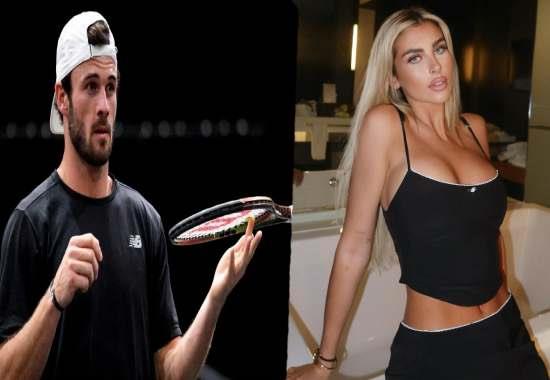 Paige Lorenze is a model and social media influencer from Boston, Massachusetts, with a healthy Instagram following of 400K and over 50,000 subscribers on YouTube. Paige is likely to have accumulated her social media following as a result of her lovely posts and the success of her own brand, Dairy Boy. A 2021 graduate of New York City’s Parsons School of Design, she is also the founder of loungewear company Dairy Boy. On her Instagram account, Paige has amassed a massive 400K followers. She frequently works with different brands to increase her recognition as an influencer and online personality. It is pertinent to mention here that Paige Lorenze's name has been linked to many famous and infamous stars. Some prominent names in Paige Lorenze's dating history include- Bachelorette Season 15 contestant Tyler Cameron, disgraced actor Armie Hammer, country music singer Morgan Wallen. Notably, Paige Lorenze is Armie Hammer's ex and an alleged victim of the accusations laid out against the actor in 'House of Hammer'.

Tommy and Paige Lorenze are currently in Melbourne, where Tommy is scheduled to perform and possibly advance further into the Australian Open with Paige Lorenze by his side, encouraging and supporting him.

Coming to Tommy, the American tennis player will face his own compatriot in the quarter-finals of the Australian Open. The NCAA champion Ben Shelton is going to be on the other side of the court. And supporters of both the players would want one of them to carry the flag of the USA in the semi-finals. The girlfriend of Tommy Paul, Paige Lorenze is an Instagram influencer. Right now, she is busy rooting for him happily. However, this was not always the case when she was dating earlier.