Taapsee Pannu and Gulshan Devaiah have started shooting for the first schedule of Blurr. 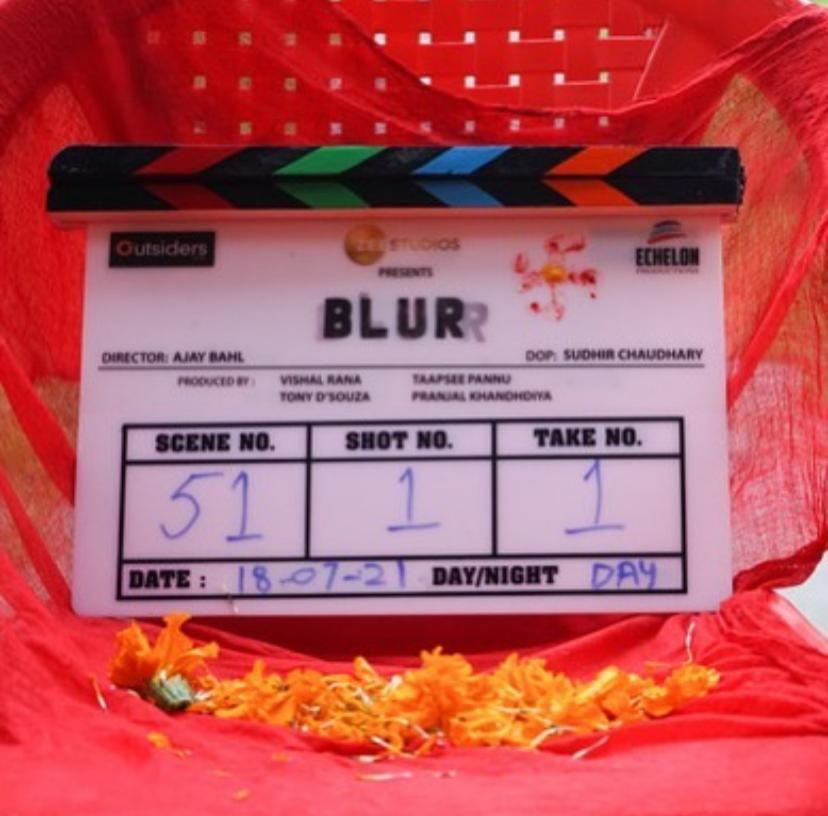 On Sunday, the duo shared pictures from the first day of the shooting of Taapsee's production debut. While Taapsee Pannu posted a picture of herself prepping for her role, Gulshan Devaiah shared a picture of themselves and wrote: "Mr and Mrs Blurr." In the pictures, Taapsee can be seen sporting a black top, matching trousers and a multicolored long jacket. She captioned her post: "Shubh Aarambh! Let's do this Gayatri!" and added the hashtags #Blurr #Day1 and #HappyBeginning.

In her another post, sharing a picture on Instagram, Taapsee wrote, “It’s surely a bright and new beginning. The first schedule of #Blurr starts and we are thrilled and delighted!” Blurr marks Taapsee’s debut as a producer.

Talking about the film, Taapsee said, "Blurr is the just kind of script I was waiting for. I’m delighted to be finally turning a producer with this film and with the support of co-producers and team, I'm sure it's going to be an enriching journey. Collaborating with Ajay is as exciting as it gets as I've seen his work. He is the best to bring the gripping story of Blurr on-screen”.

Also read: Due to heavy rain portion of roof of Ambience Mall collapses in Gurugram

"Blurr is a thought-provoking and intriguing story which really excited me as a director. This association with Zee Studios and Taapsee will surely make Blurr a memorable film for me. With the massive scale it promises and the narrative it brings along I believe Blurr will not only be a power-packed entertainer, but it will stay with the audience too. The reason being, it is not only an arresting psychological thriller but it also has an intriguing social context," thoughts shared by Ajay Bahl regarding the new project.