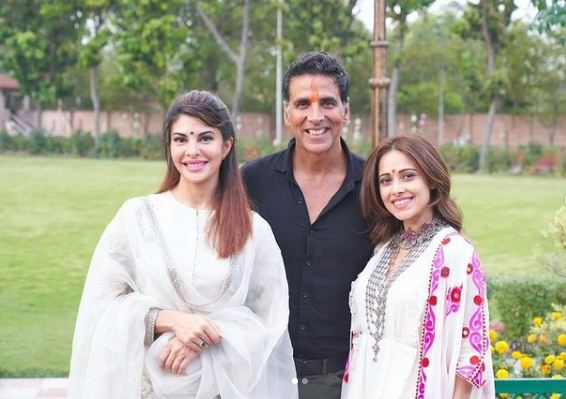 Nushrratt Bharuccha became the talk of the town after she became the part of Akshay Kumar and Jacqueline Fernandez starrer Ram setu. The actress was will be seen playing a key role in the movie. But the things didn’t turn out well for the movie as 45 crew members came covid positive and even the main lead Akshay Kumar was reported positive for the virus.

After Akshay Kumar’s report breakout his co-stars Jacqueline and Nushrratt went under home quarantine while taking all the necessary precautions. Both the actresses took the covid test and as per the recent update, Nusharratt’s and Jacqueline’s tests turned out to be negative.

Announcing the report Nushrratt’s spokesperson said, “Nushrratt has been in isolation for a few days now and is taking all precautions even in isolation. To be sure, she took the RT-PCR test twice and tested negative both times and is relieved with the news but continues to take precautions for the safety of her family.

A source from Jacqueline’s close friend informed, “Jacqueline isolated herself as soon as she got the news of Akshay testing positive for Covid. She underwent the RT-PCR test twice to be sure and has tested negative in both the rounds”. However, she also is taking precautions during the hype of pandemic.

According to Times of India’s report, Ram Setu’s shoot was scheduled till April 9 however it has been paused. A massive set has been erected in Madh island and it will remain out of work for some time now.