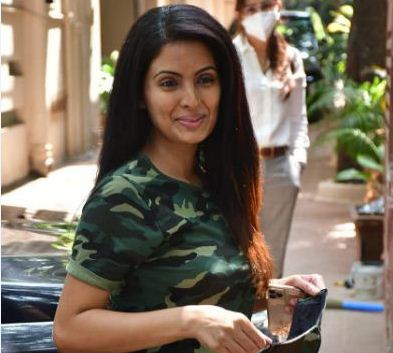 On 15 March 2021, Bollywood actress Geeta Basra who is also the wife of Indian cricketer Harbhajan Singh announced her pregnancy through her Instagram account. The couple has a four-year-old daughter Hinaya heer. The actress is quite active on social media and often shares pictures with her daughter and apart from this she also uploaded her yoga picture while flaunting her baby bump. The new moms of Bollywood are breaking many stereotypes and promoting women's empowerment.

According to certain sources, Geeta Basra was spotted outside a clinic for her routine check-up. She stood outside and posed with a smile for the cameras. She chose an army print camouflage one-piece dress with black sports shoes. With all smiles, the mommy-to-be definitely has her pregnancy glow on. The actress wore minimal makeup with her hair open and an attractive glaze in her eyes. 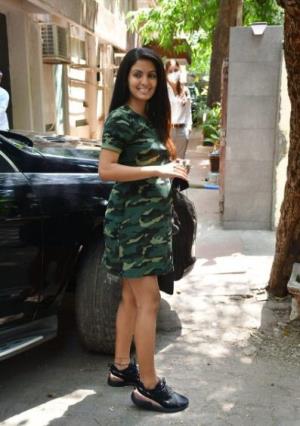 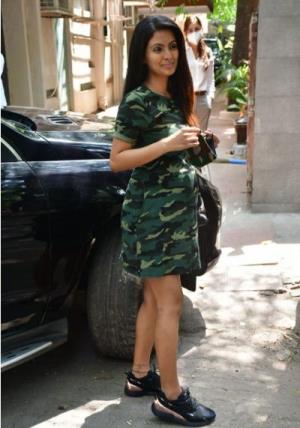 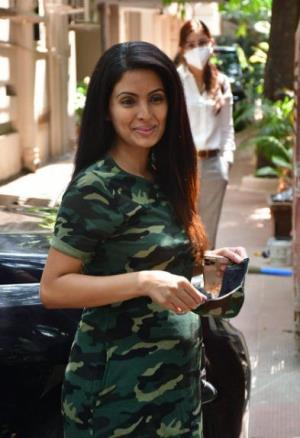 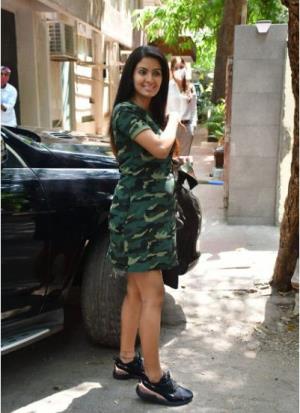 Informing about the good news the actress wrote on her Instagram, “coming soon…July 2021”. Along with this caption, Geeta posted a picture with her daughter and husband Harbhajan Singh. The couple was flooded with best wishes on the whole internet. Harbhajan and Geeta tied the knot in 2015 after being in a relationship for 5 years. The couple had a close friend's wedding in Jalandhar and became parents in 2016. Now the couple is all set to welcome their second child in July and we wish them all the luck.

The actress got fame from the movies Dil Diya Hai, The Train. She has also done many music videos including Rahat Fateh Ali Khan’s song Ghum Sum Ghum Sum.