Fortunately, as per the reports, there were no injuries or casualties reported during the incident, the detailed videos showed the moment when the tomb collapsed Author : Tushar Singh 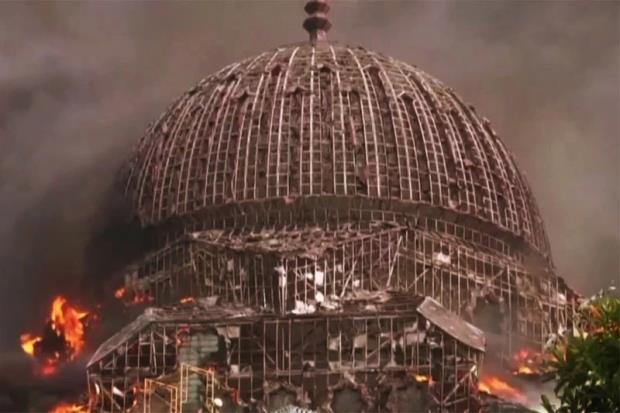 The famous Islamic Center Grand Mosque in the Indonesian capital made a cut into the headlines worldwide after a fire broke out in its main premise leading to the collapse of the giant tomb at the center.

The incident came to light after the video showcasing the tomb gripped under horrific flames went viral which was recorded by people right at the bottom near the place where the mosque once stood.

Fortunately, as per the reports, there were no injuries or casualties reported during the incident. The detailed videos showed the moment when the tomb collapsed.

The officials of the fire fighting team were making all the possible efforts to dowse the fire while making efforts to take shelter as the structure got in the ground.

Enormous clouds of smoke and flames were seen gripping the entire area right before the tomb’s collapse. As per the reports, the mosque was undergoing renovation when the fire broke out. Firefighters were deployed to take control however to no avail as the struggle remained for hours.

The cause of what led to the fire is still not known as the police have launched an investigation into the matter by interrogating the contractors and workers present on the site. Apart from the mosque, the Islamic Centre complex also houses educational, commercial, and research facilities.