According to all the sources and documents approximately 400 crores have been spent on the construction of roads in Jalandhar, but still the condition of roads is really poor. 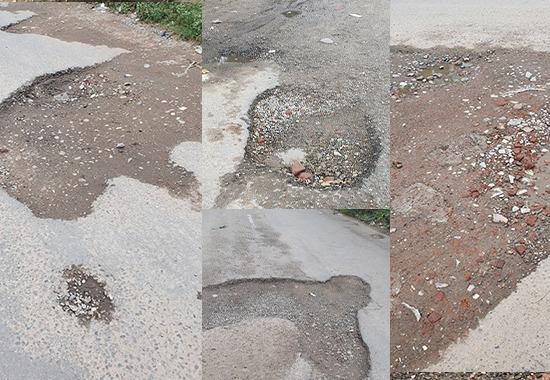 According to the sources in the last five years, more than 407 crores have been spent on the construction of roads in Jalandhar North, West, Central, and Jalandhar Cantt assembly circles. Out of the funds received, 129 crores have been spent in Jalandhar North, 122 crores in West, 52.04 crores in Central, and 123 crores in Jalandhar Cantt. This issue is causing a lot of problems for the common people of the city.
TrueScoop reached out to many people and asked them what they feel about it and who is responsible for the present condition of roads in Jalandhar. Here are the replies that we have received:
Ex MLA, Sushil Kumar Rinku stated, “the Municipal Corporation is not fulfilling its responsibility. In my area, 120ft road is in very bad condition and needs to be constructed properly.  Municipal Corporation has also stopped the work of building roads in the interiors of the city.”
According to Rishu Verma, the President of Jalandhar Chemists Association, “instead of becoming a Smart City, Jalandhar is now on the verge of becoming the dirtiest city because of the poor condition of roads.”
Raman Arora, Aam Aadmi Party MLA also said, “A great level of corruption is going on in the Municipal Corporation and we will carry out a Vigilance inquiry on the same. A scam of Rs. 550 crores was done in the name of the Smart City Project. Now, we will carry out a proper investigation on where and how much money was spent to improve the condition of roads. If anyone is found guilty, strict action will be taken.”
When we discussed this issue with the Mayor, he said that no construction of the road that comes under his area is pending. He also mentioned that if any road in his area is not repaired or constructed till now, it is because of the rainy season.
See the pictures:
Residents of Jalandhar Heights 1 said that they face a lot of problem while going to work every day. The potholes are the main cause of huge lines of traffic in the city. They further mentioned that during monsoons this problem turns worse as all the roads are just filled with water. “It feels like we are driving the car in a swimming pool instead of a road.” Another resident added.
The time will only whether the condition of roads in Jalandhar will improve or not.