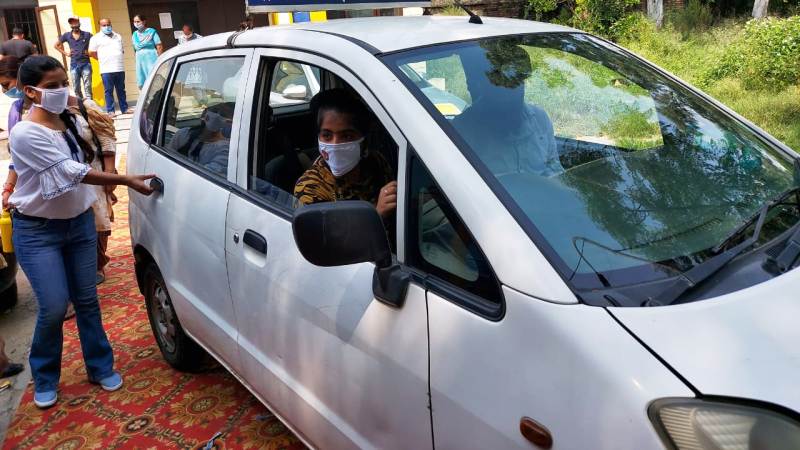 Jalandhar, January 23 - Having trained about 70 girls with driving skills a few months ago, the district administration is set to again organize a second free driving training camp for 150 girls under `Beti Bachao Beti Padhao' Drive.

Divulging More, Deputy Commissioner Ghanshyam Thori said that to make girls self-reliant and skilled in this highly competitive world, the district administration has decided to launch the second phase of this project.

He said that the administration has already taken many steps to ensure women's empowerment at various thresholds of the society be it a career prospectus or social life.

He said that in the present competitive world driving skills are quite crucial and sometimes prove a game-changer from the employment point of view. The deputy commissioner said that it was the need of the hour to organize such camps for the girls so that they can be benefited from equal job opportunities.

He said that earlier in September, a free-of-cost driving training camp for about 70 girls was organized, which proved to be beneficial for them in many ways.

The administration after the culmination of the camp also assisted the girls to obtain learner’s driving license from the transport department adding he said that during the second phase driving training to as many as 150 girls would be provided in 12 different classes, he added.

Thori said that the core motive behind this idea was to make girls self-reliant and help them build confidence so that they don’t miss any opportunity due to the lack of driving skills. He added that with this new skill, the girls would not rely on others for movement from one place to another.

Pointing out further District Program Officer Gurminder Singh Randhawa mentioned that on the directives of the Deputy Commissioner the bids have been called from the interested driving schools, which would be opened on February 2, 2021.

The coaching shall include theory and practical sessions simultaneously, with 8 KMs of mandatory training during each class, he added.

Terming the driving training a unique move, Isha Pushkarna of Basti Danishmanda, a participant of the first camp, said that the training not just built confidence in her but also opened doorways of multiple career opportunities.

She said that she also obtained a learner’s driving license with the help of administration and this new skill has also scaled up her confidence. Isha further appealed to other girls to come forward and take advantage of this opportunity as the second was about to begin soon.