The dangerous reptile was already inside the classroom as the students entered, one of the student spotted the python and chaotic situation was created among students after which they informed their teacher. 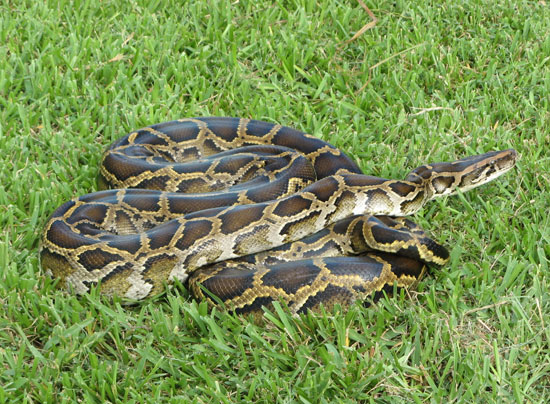 A 10 feet long Python had entered an 8th grade classroom in Jalandhar. The python was already in the classroom when the students entered in the morning. On spotting the dangerous reptile, the students screamed in shock which made other students rushed outside the classroom.

The class teacher was informed about the scenario and the forest officials were quickly called to handle the whole situation. Parminder Singh, a teacher from the Government  Model School on being asked about the incident told that the sarpanch of the village was quickly informed and the sarpanch made sure that the forest officials reached the spot on time.
The teachers informed that the school usually remains closed but due to the tile laying work which was still going on, the classrooms were often left open which could be the reason why the python entered the room.

They also assured that from now onwards the rooms will be kept closed in order to avoid such situations. The forest officials mentioned that they received a call from the Sarpanch who informed about the python in the classroom and they immediately reached the school.

The officials made everyone aware that such reptiles must not be man handheld as they were highly poisonous and could harm anyone. The species of the python was recognized as the Indian Rock Python which is quite poisonous and was also trying to release poison on the officials while they were trying to catch it.

Eventually the python was caught by the forest officials with no harm caused to anyone.