Hundreds of Jamia Millia Islamia students gheraoed Vice-Chancellor Najma Akhtar's office on Monday, demanding registration of an FIR against Delhi Police in connection with last month's violence on the campus 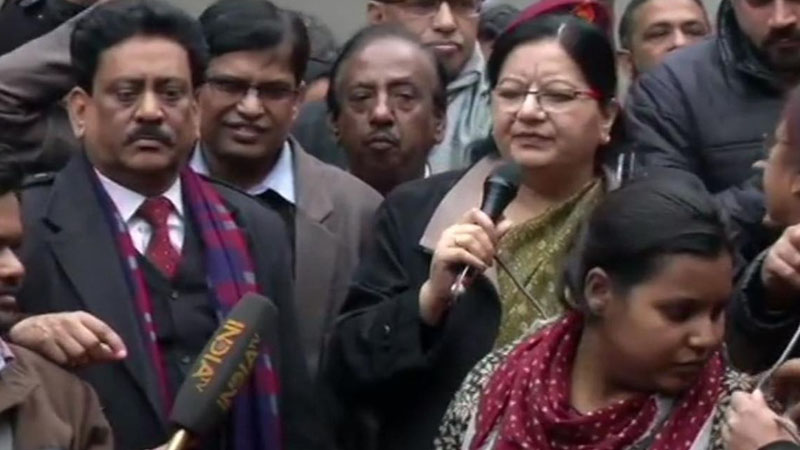 Jamia Millia Islamia University Vice-Chancellor Najma Akhtar was on Monday faced with a huge crowd of angry students who gheraoed her and questioned her about the administration's actions against Delhi Police and demanded answers. As Akhtar and a group of teachers stood in front of the students, the students shouted slogans in protest and sought to know what steps have been taken to lodge an FIR.

Hundreds of Jamia Millia Islamia students gheraoed Vice-Chancellor Najma Akhtar's office on Monday, demanding registration of an FIR against Delhi Police in connection with last month's violence on the campus.

As the students asked questions in front of media personnel, Jamia VC Najma Akhtar said, "Delhi Police is not registering an FIR. They entered the campus without our permission and we have submitted our report with the government."

She also added that the Jamia administration will move on Tuesday to lodge an FIR against Delhi Police's action on December 15 in which the personnel stormed the university campus and acted against protesting students.

As the protests continued unabated, the Vice-Chancellor also said that the university will go to court to resolve the issue.

She also said that following the December 15 incident, the university has enhanced security on the campus. Among other demands, the students also asked the university to reschedule examinations and ensure the security of students.

The students barged into the office premises after breaking the lock on the main gate and raised slogans against the VC. Then they staged a sit-in outside the office, asking the VC to interact with them over the issue. The VC then gave in to the demands and met the agitating students in front of the media.

Facing protests, VC Akhtar said, "I would request you not to put words in my mouth. We are doing everything that is desirable. Delhi Police entered the campus without our permission and we have sent our report."

The agitating students leaders also said that they will appear for examinations but only after an FIR is lodged and the library is restored.

VC Akhtar replied, "We opened the university after being requested by the students and we have made this exam schedule so that students can prepare themselves. There is no connection between an FIR and the examination. We are going to court and court is also not in our hands."

Students have demanded that they don't want the university Proctor to intervene in the matter and they only want the Vice-Chancellor to respond. Slogans were also raised against the Jamia proctor.