Jammu and Kashmir: Heavy Snowfall results in cancellation of flights 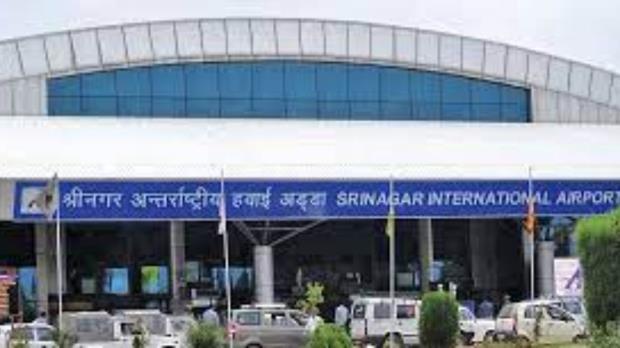 The recent cancellation of air traffic has resulted in hundreds of tourists getting stranded in the Valley. Officials who are in the tourism department also mentioned, that a good number of tourists had arrived earlier in Kashmir for the New Year Celebration and were planning to return now.
Eight flights have been cancelled from Srinagar airport, after a poor visibility was reported due to light snow on Wednesday.
On Tuesday due to continuous snowfall and poor visibility caused 42 cancellations across all airlines.
It has also been said, the minimum temperature recorded in the district on Wednesday is 0.8 degrees Celsius.
Srinagar Airport also tweeted, "Poor visibility due to light snow prevails at our airport. Following flights have been cancelled till now- Indigo 137 to Delhi, indigo 6738 to Jammu, Indigo 2015 to Delhi, Indigo 2364 to Delhi, GoFirst 358 to Delhi, GoFirst 193 to Delhi, GoFirst 267 to Delhi and Vistara 611 to Jammu.
Also Read: Amid Covid surge, Congress postpones major rallies across poll-bound states
The suspension of flights were a result of intermittent snowfall in most parts of the valley over the past 24 hours. And the resumption depends on the weather conditions.
According to India Meteorological Department, Srinagar will continue to witness moderate snow in the coming seven days.
The traffic department has advised motorists to exercise caution while travelling on the national highway in view of the snowfall.