Prime Minister of Japan Yoshihide Suga said that the government will now focus on administering vaccines to younger people. 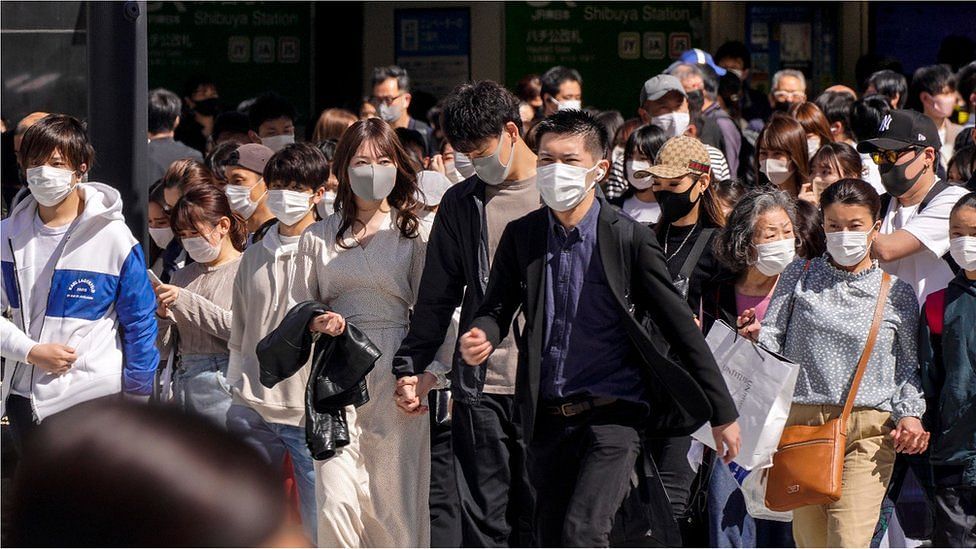 Japan on Saturday implemented a state of emergency in Tokyo, Saitama, Chiba, Kanagawa, Osaka, and Okinawa prefectures till August 31 amid the rising of Coronavirus cases. Priority measures have been imposed to prevent the spread of the virus in Hokkaido, Ishikawa, Kyoto, Hyogo, and Fukuoka Prefectures also. The decision came when the country is hosting the 2020 Olympics games that were halted for one year due to the pandemic

"Government of Japan applies the declaration of a state of emergency to Tokyo, Saitama, Chiba, Kanagawa, Osaka, and Okinawa Prefectures and applies priority measures to prevent the spread of #COVID19 to Hokkaido, Ishikawa, Kyoto, Hyogo, and Fukuoka Prefectures till August 31st," tweeted the PM's Office of Japan.

Citizens have been requested to refrain from travelling or going out for non-essential reasons and remain careful when returning to hometowns during the summer and other travel.

The Tokyo metropolitan government confirmed 3,865 new cases on July 29, which took the nationwide caseload to 10,699. Both these numbers are the highest since the pandemic began. Although, after three weeks of passing the declaration, there is no sign of the wave slowing down, the NHK World reported.

"For the period until August 31, we have decided to apply the declaration of a state of emergency to Tokyo, Saitama, Chiba, Kanagawa, Osaka, and Okinawa Prefectures, and to apply priority measures to prevent the spread of disease to Hokkaido, Ishikawa, Kyoto, Hyogo, and Fukuoka Prefectures," said Yoshihide Suga, Prime Minister of Japan.

Tokyo and Okinawa's states of emergency were initially about to expire on August 22. The measures have already covered the Olympics and mid-August Obon holiday, now it will be stretched to be a part of the Paralympics. The Paralympics will begin on August 24 and commence on September 5, reported NHK World.

He further stated, "In addition, we will actively offer to patients with mild cases over 50 years old and others a revolutionary pharmaceutical treatment that slashes the risk of developing severe symptoms by 70 per cent.”

Suga emphasised that the government will continue to do everything to impose steps to curb the spread of the virus and administer the vaccination.

Companies and job activities have been told to work remotely aiming to rescue the number of commuters by 70%. In-office employees have been asked to wrap up their work by 8 pm and go home directly.