Earlier this year Netflix cornered rights for the streaming post-theatrical launch on Atlee's directorial at an astonishing 120 crores, the movie is scheduled to hit the theaters next year 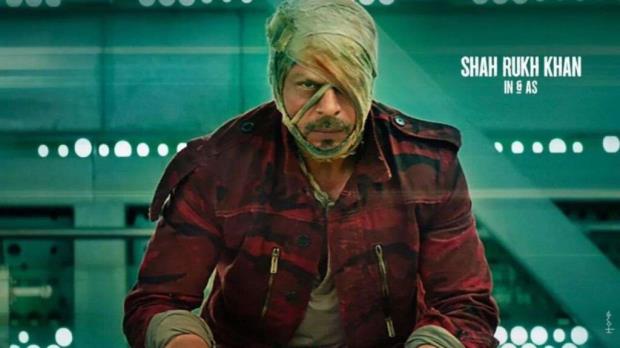 Earlier this year Netflix cornered rights for the streaming post-theatrical launch at an astonishing 120 crores. The Atlee’s directorial when Shah Rukh teams up with the former for the first time will release on June 2 next year.

The expectation from a Shah Rukh Khan starrer has always remained top-notch and with Atlee behind the camera, the anticipation for the film to be a full-on masala is high.

Jawan’s shooting has been on since last year. Reports have cited that SRK and the company have been very much careful about piracy and have maintained all sorts of care around this.

Maja Ma OTT Release: Madhuri Dixit's musical drama all set to hit on web space, know story plot, and when & where to watch

Jawan is a universal story that goes beyond languages and geographies, Shah Rukh Khan said in a statement at the time of the movie announcement. “Credit goes to Atlee for creating this unique film, which has also been a fantastic experience for me as I love action films. The teaser is the just tip of the iceberg and gives a glimpse into what’s to come,” SRK added. Atlee further said with the film he wants to give viewers an exceptional experience.

The speculation about a possible Atlee and Shah Rukh project has been on high ever since 2019 when the duo was spotted together in an IPL match. But, after COVID hit things were dusted, and finally it is happening.

Atlee’s cult for his jaw-dropping action thriller is not new to cinema lovers. His classics in the form of Raja Rani, Their, Mersal, and Bigil have amused critics and viewers. Now with Shah Rukh on board, it is going to be a treat to watch how things unfold.