Sunny follows the titular character, played by a severely bearded Jayasurya – who is also masked, considering these are Coronavirus times – as he returns to Kochi (Cochin) from Dubai. 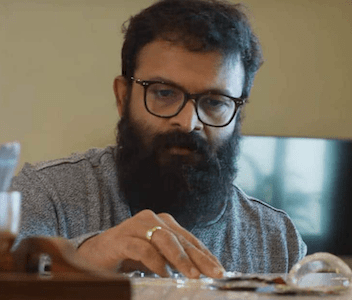 Ranjith Sankar's direction starts to become boring as Jayasurya dominates the screen time.
Life is rarely without its ups and downs. There are ups and downs, abrupt bends, and dramatic moments, some thrilling and others heartbreaking. This is where Ranjith Sankar's Sunny, which was recently released on Amazon Prime Video, falls short. In this Malayalam piece with a length of over two hours, there is rarely a scream. The film also becomes boring as a result of a single performer consuming the most of the screen time.
Also Read: Intl Sign Lang. Day: Ranveer Singh appeals to announce Indian Sign Language as official language

There have been films with a single character before, such as Sunil Dutt's Yaadein, which premiered in 1964. It is shot in black and white and follows the soliloquy of a guy who returns home to discover his wife and son missing. He begins to suspect that they have abandoned him, and he begins to reflect on his existence without them.
Also Read: Latest Entertainment News: Arjun Bijlani wins Rohit Shetty’s 'Khatron Ke Khiladi 11'
Sunny follows the titular character, played by a severely bearded Jayasurya – who is also masked, considering these are Coronavirus times – as he returns to Kochi (Cochin) from Dubai. He is have to undergo a mandatory quarantine, which means he will be confined to his hotel room for many days.
Of course, he has a lot of money, despite the fact that we're told he lost a lot of money in business due to his partner's dishonesty (yawn, the same old story). He checks into a luxury hotel and takes a suite that was previously held by AR Rahman. Sunny was a lyricist and composer who also composed music. Perhaps he also sang.
He chooses to return to Kochi when his wife Nimmi (Sshivada; we only hear her voice on Sunny's phone) leaves him. But the hotel isolation kills him, and when he runs out of booze and the hotel claims it won't be able to bring him any, he goes insane and intends to jump over his balcony, when he hears and sees Adithi (Shritha Sivadas), who is just one floor above his.
On the phone, he has chats with his ex wife, who is ready to give birth to their child, his lawyer, and a friend - all on the phone.
However, they all look to be pretty bland and uninteresting. Midway through the film, my attention began to waver, and with only Jayasurya to watch the entire time, the film becomes a failed experiment, despite a promising premise of a man who is depressed because his wife left him, frustrated over his financial losses, and terribly lonely, "imprisoned" as he is within the four walls of the hotel room.

A few flashbacks to Sunny's life before the quarantine may have helped to elevate the storey and make it more engaging. Instead, we get a boring storey about a dissatisfied man. There's nothing uplifting about this. Jayasurya is disappointing as well. Can not blame him; the writing leaves little room for creativity.