On Wednesday, the Jharkhand government has announced that it will decrease the rate of petrol by Rs 25 per litre for two-wheeler riders. These new rates will come into effect from January 26, 2022. 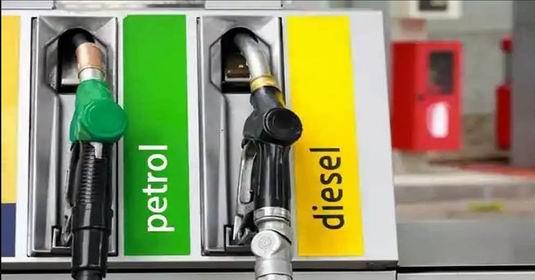 Good news for the residents of Jharkhand ahead of New Year! On Wednesday (December 29), the Jharkhand government has announced that it will cut off the rate of petrol for the riders of the two-wheeler. The price will be decreased by Rs 25 per litre. According to the government, the new prices will come into effect from January 26, 2022.
Jharkhand Chief Minister Hemant Soren shared this information via Twitter. The tweet by Chief Minister Office wrote, “The price of petrol and diesel is increasing continuously, due to which the poor and middle-class people are the most affected. Therefore the government will give a relief of Rs 25 per litre on petrol for two-wheelers from the state level, its benefit will start from January 26, 2022:- CM Hemant Soren”.
Also Read: Income Tax Return: Major relief for Income taxpayers, IT-dept relaxes time till Feb 2022
On the same breadth, Jharkhand CM said, “Soaring petrol prices are affecting the middle class and the poor. Poor people can't drive their motorcycle because of the high prices of petrol in the state”.
On Wednesday, fuel prices remained steady in several cities throughout the country, including the national capital Delhi, Mumbai, Kolkata, and Chennai. The price of petrol in New Delhi was Rs 95.41 per litre, while diesel remains steady at Rs 86.67 per litre, whereas, in Mumbai, the petrol price was at Rs 109.98 per litre and diesel price was at 94.14 per litre. In Kolkata, petrol and diesel prices remained at Rs 104.67 per litre and Rs 89.79 per litre, respectively