The Hemant Soren government proposed to set up "Mohalla Clinics" - another pet project of Kejriwal -- and offer "digital education" in government schools as it underscored the need to reform school education in Jharkhand. Another Kejriwal imprint appears in a universal health insurance scheme for the residents of Jharkhand. 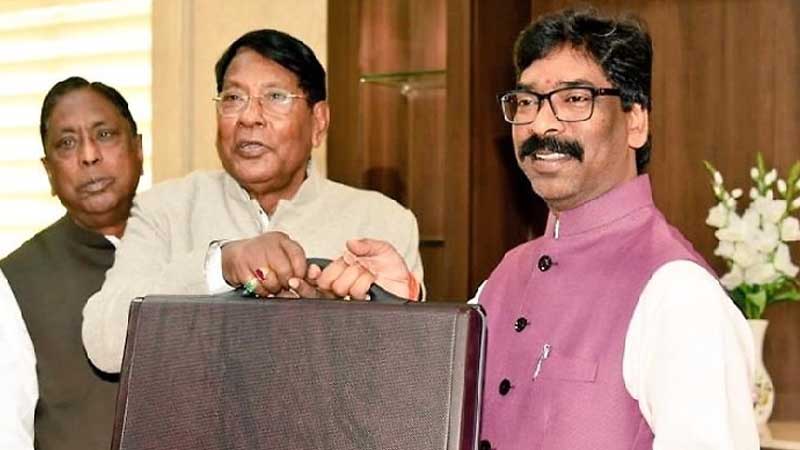 Amidst the chaos of Coronavirus in India, newly elected Hemant Soren government adopted Delhi CM Arvind Kejriwal's Delhi model in its first budget session. In its maiden budget, Hemant Soren government proposed to offer free electricity up to 100 units for households consuming up to 300 units of power per month. This is on the line Kejriwal government's electricity policy of zero bill up to 200 units of consumption.

The Hemant Soren government proposed to set up "Mohalla Clinics" - another pet project of Kejriwal -- and offer "digital education" in government schools as it underscored the need to reform school education in Jharkhand. Another Kejriwal imprint appears in a universal health insurance scheme for the residents of Jharkhand.

However, the biggest election promise that the Hemant Soren government fulfilled with the first budget is the one made by Rahul Gandhi. It announced Rs 2,000 crore farm loan waiver scheme in his budget with the promise of waiving off loans up to Rs 50,000 per farmer.

The loan waiver for farmers has been a favourite scheme of Rahul Gandhi, whose party Congress is a member of the three-party ruling alliance, which unseated BJP in the assembly polls held in October 2019.

Hemant Soren's finance minister Rameshwar Oraon, who presented the budget, is also from Congress. Oraon tabled an estimated budget of Rs 86,370 crore for the year 2020-21. It included sops ranging from universal health insurance to farmer loan waivers, from stipends for the jobless to dhoti, sari and lungi to 57 lakh poor families twice a year at a cost of Rs 10 each. Now, ration cards are to be given to 10 lakh people aged above 50.

Though the BJP-led opposition boycotted the assembly proceedings to protest against the Speaker's decision of not recognizing reinducted BJP leader Babulal Marandi as leader of the Opposition, the treasury benches remained upbeat with what Hemant Soren described as "pro-poor and inclusive" budget.

Hemant Soren said the budget aims at achieving 7.2 per cent growth rate for state GDP (Gross Domestic Product) from current 5.7 per cent, and push per capita income to Rs 65,802 from the existing Rs 62,345. The Hemant Soren government's budget proposed universal health insurance capped at Rs 5 lakh. However, the employees of state and central governments will not be covered under this scheme.