Jogi Release Date: Inspired by true events, Diljit Dosanjh's OTT debut all set for release; Story plot & When and where to watch

Diljit’s latest emotional drama is inspired by true events and is based on the backdrop of the horrific 1984 anti-Sikh riots post the erstwhile Prime Minister Indira Gandhi’s massacre Author : Tushar Singh 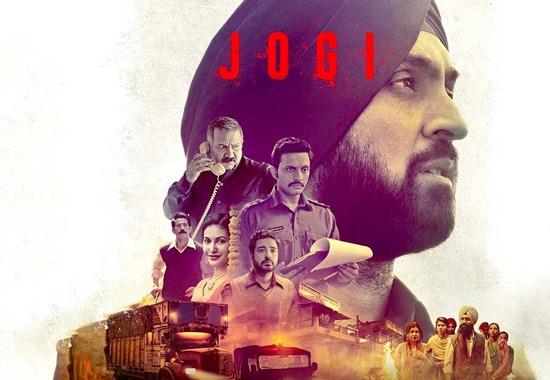 Punjabi superstar Dijit Dosanjh is all set to make his debut on the OTT with ‘Jogi. Diljit’s latest emotional drama is inspired by true events and is based on the backdrop of the horrific 1984 anti-Sikh riots post the erstwhile Prime Minister Indira Gandhi’s massacre.

The movie starring Hiten Tejwani, Md. Zeeshan Ayub, and Kumud Mishra among others perfectly put the charm of friendship, hope, and courage on display.

The period drama talks about devastating events by keeping the titular character at the center of the entire narrative. Jogi, played by Diljit Dosanjh will be seen making every possible effort to save as many people from his community as he can.

The film further proceeds in showcasing how the characters in the middle of the story face hardship as the events unfold during the riots but still persevere for all good things possible with their bonding and tenacity.

The film’s trailer was launched towards the end of August and has been highly appreciated by critics and audiences. Jogi is directed by Ali Abbas Zafar with Himanshi Kishan Mehra leading the charge as producer.

At the trailer launch, the makers showed how pleased were they having Diljit in the central role Zafar said that the actor's casting helps in justifying the role, and Dosanjh did just that.

Zafar during the film’s briefing said that the crew shot the movie during the lockdowns imposed by the COVID-19 pandemic. Though the shooting was difficult, they pulled it off.