Kangana on her Instagram stories has commented while posting screenshots of the negative reviews on the film and has alleged that people through the movie are selling lies Author : Tushar Singh 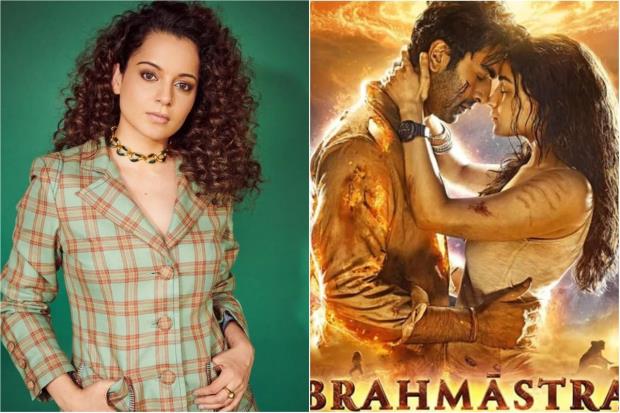 After the much-awaited fantasy astraverse ‘Brahmastra release starring Ranbir Kapoor and Alia Bhatt, actor Kangana Ranaut has again resorted to her scathing attack mode with Karan Johar and the film is on the radar criticizing the makers and crew for hurting Hindu sentiments.

Kangana on her Instagram stories has commented while posting screenshots of the negative reviews on the film and has alleged that people through the movie are selling lies.

Kangana wrote that Karan Johar has repeatedly made people believe that the star couple of Ranbir and Alia are the best and director Ayan Mukerji is a genius. Karan has given 600 crores to a director who hasn’t made even a single quality film in his career.

Attaching a story link from the Business Insider Kangana wrote, “Their grupism is coming to bite them now… Wedding to baby PR controlled the media, jailed KRK, bought reviews, bought tickets… they can do everything dishonest but can’t make a good honest film.”

Taking a jibe at the director her anger was reflected through her series of comments on the story, Kangana further wrote, “Those who called Ayan Mukerji a genius should be jailed immediately. He took 12 years to make this film, he replaced 14 DOPs, he shot for more than 400 days, and burnt 600 crores to ashes…”

Karan have been one of the first and the prime target of Kangana’s criticism she went out to write about him telling that he must be questioned for his conduct for being interested in people’s sex life than in his films and scripts.

“He self-admittedly buys reviews, stars and fake collection numbers, and tickets… This time around he tried to ride on Hinduism and the south wave and all turned Pujaris suddenly and begged the south actors, writers, and directors to promote their film,” she further wrote in her story.”

Terming Brahmastra as a disaster her comment on the film hovered around her thoughts of switching over to professionals and not hiring anyone competitive for doing jobs for them in place of wasting money.

Kangana attached a link to her storytelling of How Brahmastra made PVR and Inox investors lose a cumulative whopping 800 crores.

The Ayan Mukerji directorial amid a storm of criticism and controversies was released yesterday on 5019 screens in India and around 3894 screens abroad.

The movie accumulated Rs 75 crore worldwide and somewhere between Rs 36.5 and 38.5 Crore in India on the first day itself making it the biggest non-holiday release in India.

Many critics said is a huge relief for the makers as the response the movie received was not overwhelming owing to people’s response towards it.