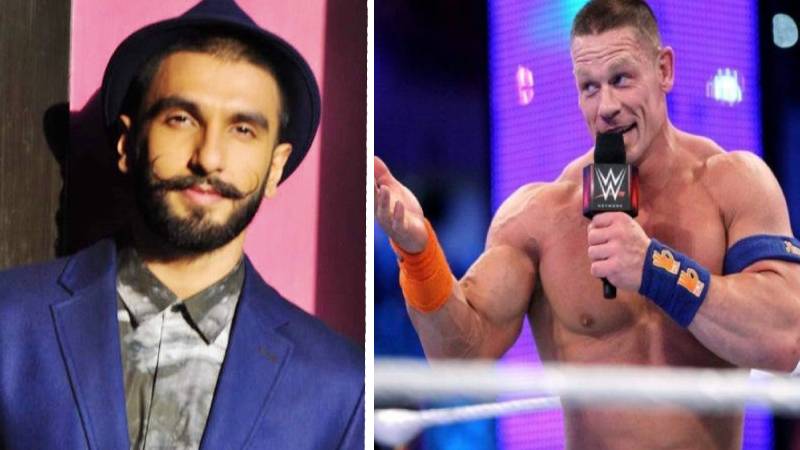 WWE champion and Hollywood star John Cena shared a picture of Ranveer Singh on his social media and the Bollywood actor had an amusing reaction.

Cena posted a picture of Ranveer posing with a fan, who is wearing a mask which has a line from the song "Apna time aayega".

The Hollywood star did not write a caption for Ranveer's image, which currently has 479K likes on the website.

Ranveer took to the comment section and dropped a laughing emoji and wrote: "Kuch bhi (anything)." Ranveer's friend, actor Arjun Kapoor, had a comment, too. "Baba Baba Baba," he wrote.

Fans too could not stop themselves from commenting on the picture shared by Cena.

Also Read: "I believe I could have been more careful": Varun Dhawan on testing COVID positive

One questioned: "Is this Account run by Ranveer Singh (?)"

This is not the first time Cena has uploaded a picture of an Indian star. He previously paid his tributes for the late Bollywood star Sushant Singh Rajput.

He also posted pictures of Amitabh Bachchan, Abhishek Bachchan and Aishwarya Rai Bachchan on social media in the past.