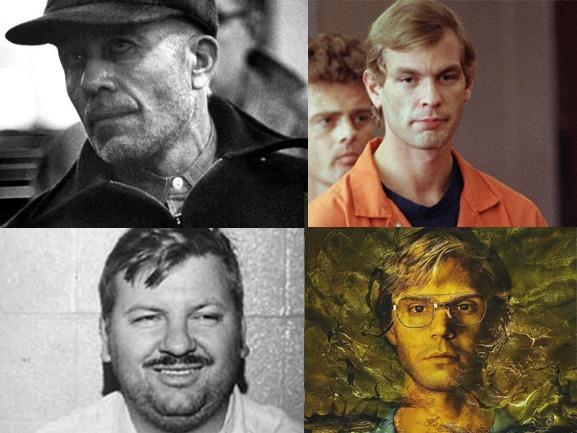 DAHMER - Monster: The Jeffrey Dahmer Story was released on Netflix on September 21 and ever since then the crime thriller web series has the internet on buzz. Directed by Emmy Award Winning Director Ryan Murphy and acted by Emmy Award winner Evan Peters, the 10-episode web series has successfully sent chills down the spine of horror movie lovers. The Emmy Award-winning duo- Ryan Murphy and Evan Peters has indeed brought another masterpiece in spite of the fact that the storyline they chose was already available in the public domain as many documentaries have already been made on America's one of the most notorious killer Jeffrey Dahmer. For the unversed, DAHMER - Monster: The Jeffrey Dahmer Story is a true story of an American serial killer Jeffrey Dahmer who targeted young men and boys during the years 1978 and 1991 as he murdered at least 17 in Wisconsin and Ohio. Now, DAHMER - Monster: The Jeffrey Dahmer Story there are multiple questions popped out in viewers' minds, prominent of them whether season 2 will come or if comes then which serial killer Ryan Murphy will focus on his storyline.

DAHMER - Monster: The Jeffrey Dahmer Story has shown a few glimpses of another two of America's notorious serial killers i.e. Ed Gein and John Wayne Gacy. Ed Gein's name came in the Jeffrey Dahmer Story when Jeff's father Lionel tells him about legal precedence that they can use to prevent him from going to jail and he can be admitted to a hospital despite his serial killings confession. What raised everyone's eyebrows when Jeffrey Dahmer tells his father that he has known Ed since he read about him in a comic book in his childhood. On the other hand, John Wayne Gacy's few glimpses have also been shown who went on a serial killing spree while Jeffrey was in jail and his trial was going on. After seeing John Wayne Gacy getting arrested and the judges' verdict capital punishment verdict on him, Jeffrey states that Gacy is not like him at all as the 'Milwaukee Cannibal' confessed to his crimes, while the killer in 'jocker attire' did not.

For the unversed, Edward Theodore Gein or Ed Gien was known as the Butcher of Plainfield. He was an American murderer and body snatcher. Gein's crimes, committed around his hometown of Plainfield, Wisconsin, gathered widespread notoriety in 1957 after authorities discovered he had exhumed corpses from local graveyards. Gein also confessed to killing two women tavern owner Mary Hogan in 1954 and hardware store owner Bernice Worden in 1957. In the Jeffrey Dahmer story, the murder of hardware store owner Bernice Worden has been outlined. Initially, Gein was found unfit to stand trial and confined to a mental health facility. By 1968, he was judged competent to stand trial and also he was found guilty of the murder of Worden but he was found legally insane and was remanded to a psychiatric institution.

Coming to John Wayne Gacy, another America notorious serious killer called as 'Killer Clown' was a murderer and sex offender who raped, tortured, and murdered at least 33 young men and boys. He used to murder the victims in clown attire as regularly performed at children's hospitals and charitable events as "Pogo the Clown". Gacy committed all of his murders inside his ranch-style house near Norridge, a village in Norwood Park Township in suburban Chicago. Gacy was sentenced to death on March 13, 1980, and was executed by lethal injection at Stateville Correctional Center on May 10, 1994.

Now, coming to the question, of whether season 2 of the Ryan Murphy directorial will show either of these serial killers' stories? The answer is probably yes, but the fans need to wait for now for any kind of development or announcement.