The Iranian team will participate in the AFC Women's Asian Cup in 2022, which will be held in India in January. 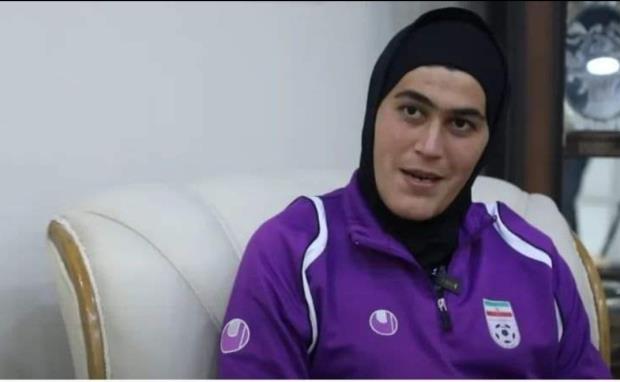 Jordan Football Association has demanded the Asian Football Confederation (AFC) to launch an official investigation into Iranian women's team goalkeeper Zohreh Koudaei after accusing her of being a man. Iran, on the other hand, denied the allegations and suspected Jordan of wrongdoing.

Iran recently qualified for their first-ever AFC Women's Asian Cup 2022 after defeating Jordan 4-2 in a penalty shootout on September 25. Koudaei, who was a key figure in Iran's successful AFC Women's Asian Cup qualifiers campaign, made two outstanding saves against Jordan to keep Iran in the game.

Jordan Football Association President Prince Ali Bin AL-Hussein tweeted a letter on Sunday in which he requested "a gender verification check" on the Iranian goalkeeper, accusing her of being a man. He went on to say that it is a "very serious issue if true."

The serious allegations made by Ali Bin Al- Hussein were then dismissed by Iran team selector Maryam Irandoost.

"The medical staff has thoroughly investigated each player on the national team in terms of hormones to avoid any problems in this regard," Irandoost explained. "So I tell all fans not to be concerned. We will provide any documentation that the Asian Confederation of Football requires without wasting time," she continued.

Irandoost also accused Jordan of using this hoax to conceal a significant loss. "These allegations are nothing more than a ploy to avoid accepting the defeat afflicted by the Iranian women's national team," she said.

"The Jordanian team considered itself the big favourite to qualify and when they lost, it was natural to seek relief under false pretences and to avoid responsibility for this failure," she continued.

Meanwhile, the Asian Football Confederation (AFC) officially confirmed that the goalie for Iran's national football women's team, who played against Jordan, is a woman.

The Iranian team will participate in the AFC Women's Asian Cup in 2022, which will be held in India in January.