'Jugjugg Jeeyo' Movie Review: Know why you should watch this 'family' drama, 3 reasons behind it 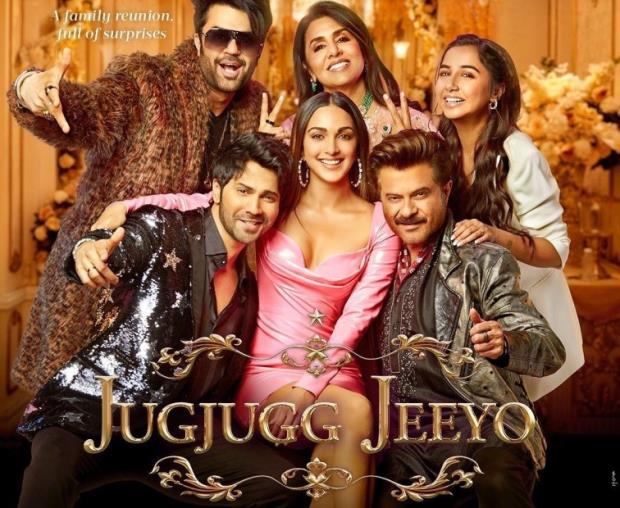 Jugjugg Jeeyo Movie Review: First let's talk about the story of the film, which revolves around Kuku Saini (Varun Dhawan) and Naina Sharma (Kiara Advani). Both love each other since childhood. Both also get married. Both works in different companies and both have different shifts. While Kuku has the night shift, Naina works in day shift. Due to this, there is a rift in their relationship and they decide to get divorced shortly after the marriage.
But in the meantime, sister Ginni (Prajakta Koli) is getting married in Kuku's house, so both decide to tell their family members about their decision after this. But before Kuku tells his father Bhim Saini (Anil Kapoor) about his divorce from Naina, Before that Bhima surprises him by telling him that he wants to end his 30-year relationship with his wife i.e. Kuku's mother Geeta Saini (Neetu Kapoor). What are the twists and turns in the story after this? You have to watch the movie to know this.
The film is directed by 'Good Newwz' fame Raj Mehta and he has been successful in making it a better film to a large extent. Barring a few scenes, this film does not get boring. Many scenes are funny and make you laugh by holding your stomach. Some scenes seem far from the truth, as usual, a son does not take his father to a bachelor party. But a scene in the film is quite the opposite. The dialogues of the film are quite good. However, the story is predictable.
Also Read: Koffee With Karan season 7: 'Jugjugg Jeeyo' cast Varun Dhawan, Anil Kapoor to grace the show, date revealed?
Talking about acting, Anil Kapoor seems to be overwhelming everyone. Especially his scenes with Manish Paul have become amazing. He has played the character of Bhim Saini brilliantly. Varun Dhawan has done a fine job. Kiara Advani also seems to do some justice to her role. Manish Paul has done a great job. Whatever work Neetu Kapoor got on her part, she has done it very well.
The weak link of the film is its music. Barring the song 'Nach Punjaban', the rest of the songs do not disappoint the audience, but they do not stay on their tongue either. The location and costumes of the film are superb.
Know the reasons why you should this movie or not?
1. Can go to see with the family. Full entertainment film.
2. If you want to understand the depth of the relationship between husband and wife, then definitely watch it.
3. If you are a fan of Anil Kapoor's comedy then definitely watch it.
Know why not to watch:
1. If you do not like watching emotional comedy, then do not go.
2. Don't watch if you like stories with a twist and turn.
3. The second half is a bit slow and the climax is incomplete.