Kabul blast death toll rises to 110; Britain says evacuation to be over in ‘matter of hours’ 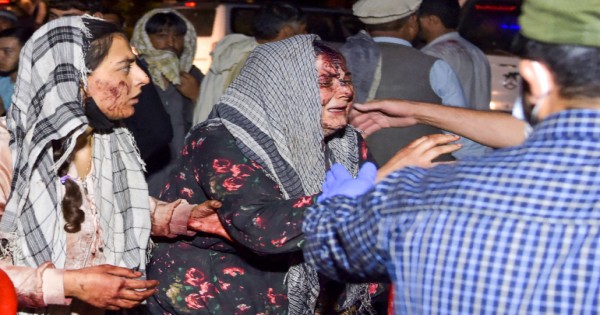 At least 110 people, including 13 US soldiers were killed in the two bombings outside Hamid Karzai International Airport in Kabul on August 26. More attacks are anticipated on US forces helping Afghans seeking to flee Taliban ruled Afghanistan.
According to an Afghan official, over 158 people were injured as a result of the explosions.
Today, US President Joe Biden pledged retaliation for the Kabul explosions, stating that they were carried by ISIS-K.
“To those that carried out this attack, as well as anyone else who wishes America harm know this: we will not forgive.”
“We will hunt you down and make you pay. I will defend our interests in our people with every measure at my command,” said Biden.
Biden also stated that the US's evacuation operation in Afghanistan will not be halted.
The attack took place a few days before America's withdrawal deadline of August 31.

Also Read: Joe Biden warns Kabul bombers: “We will hunt you down, make you pay”

Meanwhile, as evacuation flights resumed from Kabul airport, United Kingdom Defence Secretary Ben Wallace stated that the evacuation operation will be finished in a "matter of hours."
In the recently released visuals from Kabul, a large crowd could be seen gathering at the airport.
Media outlets quoted Wallace saying, “We will process the people that we’ve brought with us, the 1,000 people approximately in the airfield now and we will seek a way to continue to find a few people in the crowds where we can, but overall the main processing is now closed.”
He expressed regret that not everyone was able to escape. Wallace went on to say that he has allowed regulations to be loosened in order to allow more people to be evacuated.
Spain, on the other hand, said that its evacuation operations out of Kabul had come to an end.
“A military A400 plane arrived in Dubai from Kabul at 7:20 am. A second is due to land at 8:20 am. With these two flights, the Spanish evacuation of its Afghan collaborators and their families has been completed,” the government stated.