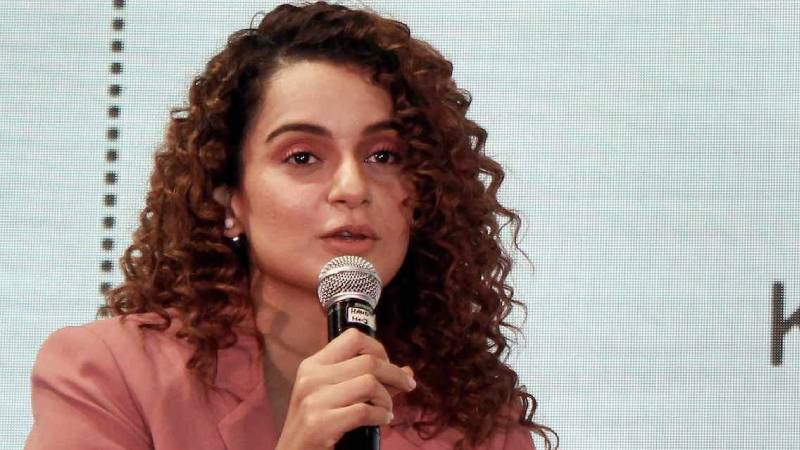 Bollywood actress Kangana Ranaut is furious after a French Teacher was beheaded by a Muslim man in Paris. A history teacher who had shown caricatures of Islam's Prophet Muhammad during an open discussion with students was beheaded on the street of France on Friday. Reportedly, the police have shot dead the suspected killer, authorities said.

The horrendous incident took of murder took place in a middle school situated in the town of Conflans-Sainte-Honorine while the suspect was killed by police in Eragny. Both towns are located in the Val d'Oise region in Paris's northwest.

The suspected attacker was believed to be an 18-year-old unknown to the police. He was spotted by patrol police in an adjacent commune carrying a knife. He reportedly shouted "Allahu Akbar", or "God is Greatest", before the attack.

Now, Kangana has criticized this and went on to call Islam an intolerant religion. In a series of tweet Kangana wrote, "A teacher is beheaded for a caricature, we can only imagine what those invaders must have done to our people during invasion, in today’s digital age with education and exposure they act like demons what they must have done to Bharat when they were Nomads?"

"I get really baffled a religion so intolerant to criticism and scrutiny absolutely male centric does not worship women, animals, plants or environment yet in today’s times it’s the fastest growing religion and also gets defended by the intellectuals, How come ??? "

She also wrote, "Hindus lives don’t matter, west till this date makes movies on 5-6 millions Jews genocide, so it’s not repeated, through the slavery of hundreds years do we know how many Hindus were killed? 100 times more than Jews in WW2, but no movies on Hindu genocide."

"If Hindus had shown so called peaceful religion intolerance entire Bollywood would’ve been beheaded long ago, they make derogatory films for our religion and then claim they are scared of saffron color, look at the propaganda and it’s absurd and dumb logic," Kangana added.