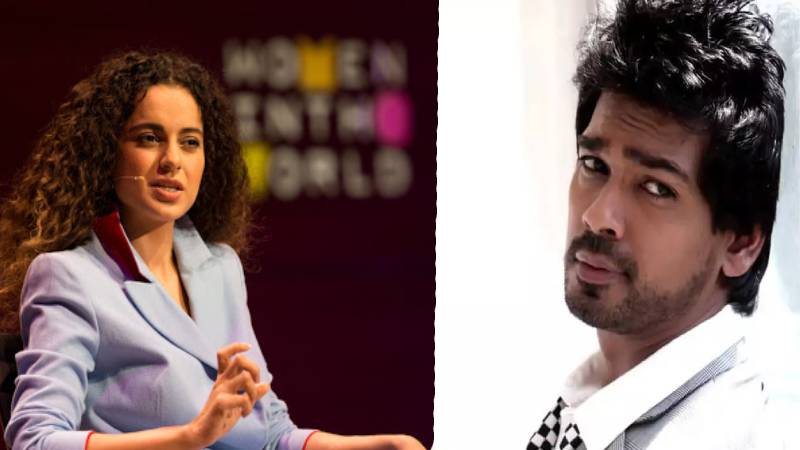 Bollywood actress Kangana Ranaut has been getting isolated after veteran actress Jaya Bachchan launched an indirect attack on her in Rajya Sabha. Jaya in Rajya Sabha said that people who have made their names in the film industry have called it a gutter. I completely disagree and disassociate from it and I hope the government tells these who have made their earning, name, and fame in the industry to stop using such language. There are people in the industry who are some highest taxpayers, they are still being harassed, all kinds of promises are being made to the film industry that has never been kept.

Now, another twitter war has emerged between Kangana Ranaut and Producer Nikhil Dwivedi. The banters took place in Hindi, on which the English translation is, "The industry is not created only by Karan Johar / his father, by every artist and laborer, from Babasaheb Phalke, by the army who saved the borders, the leader who protected the constitution, the citizen who bought the ticket and the audience The industry has been created by crores of Indians."

Nikhil replied, "With this logic, every single person has created the film world. We have contributed in the same way in everything. In making you too. We have also bought tickets for your films, but if you do something wrong tomorrow, we can neither blame the whole film world nor praise everyone.

Kangana replied, "What did you build? Item Number? Most of the comedy films? Drugs culture? Treason and Terrorism? The world laughs at Bollywood, mockery is made everywhere in the world, Dawood has also earned money and name, but if you want respect, then try to earn it, not to hide your mischievous deeds."

"If this was such an absurd place, what attracted you here that you left all this and stayed here even after suffering so much trouble? You must have seen something right, haven't you? We see the same right. Be sure to highlight wrong deeds like every industry should have. We will support you," Nikhil added.

"Yes, I was attracted because the mafia is persecuting and oppressing people here, I had to expose them one day and now they are exposed," added Kangana.

Nikhil again replied, "You also know this is not true. You were attracted here by the same good things that we all have. I too came from outside like you, but did not get as much success as you got, the talent and hard work in you was more than me. But no one stopped me from being successful, neither did you."

Kangana finally replied, "You are telling the truth, we all live for ourselves, whatever we do, we do it for ourselves, but sometimes some of us live so much that we are freed from every fear, the meaning of life changes. The aim is changed, it also happens, this is also true."