Earlier, Kareena Kapoor was opted for the role. But, she has been replaced by Kangana now. 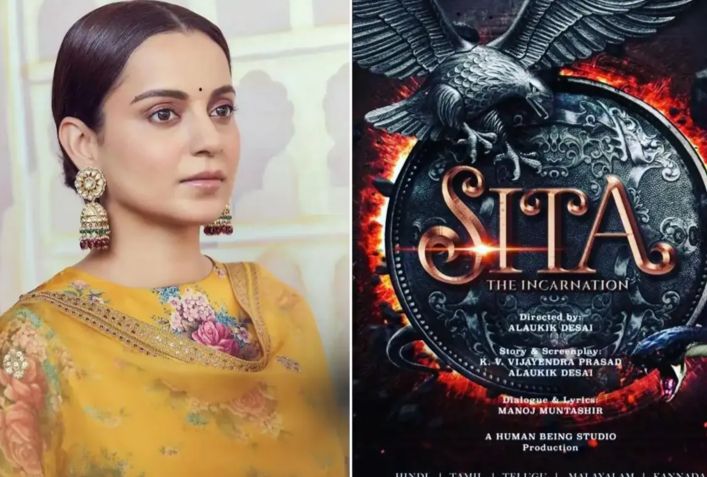 Kangana Ranaut seems to have won the race to play the role of Goddess Sita in a Bollywood film. The four times National Award winning actor Kangana Ranaut is all set to portray the mythical character in her upcoming film The Incarnation – SITA. The movie will be helmed by Alaukik Desai. The film’s story has been written by veteran screenwriter KV Vijayendra Prasad.

Alaukik Desai said in a statement, "Universe does help those who surrender to it with belief. What was a mirage is now clarity. A dream of a pious character never explored is now a reality. I am ecstatic to bring Kangana Ranaut on board as SITA. This pious journey will change the course of how we perceive our mythology. Thank you SS Studio for your immense support and belief."

While producer Saloni Sharma shared, "As a woman, I couldn't be happier in welcoming Ms Kangana Ranaut on board our VFX magnum opus, ‘The Incarnation Sita’. Kangana symbolizes the spirit and essence of the Indian woman - fearless, daunting and daring. It's time we stepped in to celebrate equality in every respect."

Kareena Kapoor was going to play the role of Sita in a film; people started opposing her on social media. Many people had said that if Kareena plays the role of Sita, it will be an insult to Hinduism and Mother Sita.

A user, demanding a boycott of Kareena, wrote, "She is Taimur Khan's mother. That's why she can't play mother Sita." Another user wrote, "We want only Hindu actress to play Maa Sita. We will not accept her (Kareena) in the role of Mata Sita."

Apart from this entertaining venture, Kangana Ranaut will also be seen in ‘Tejas’. Recently, Kangana’s Thalaivii was released.

According to a source, Rajnikanth loved Kangana’s Thalaivii. The source said, "Rajni sir loved the film and called Vijay sir, personally congratulating him to pull off such a difficult film. He said it's a very tough film to make given the representation of such eminent personalities like MGR and Jayalalithaa, who have been public figures in both their, cinematic as well as political, journeys and yet, it was beautifully handled."