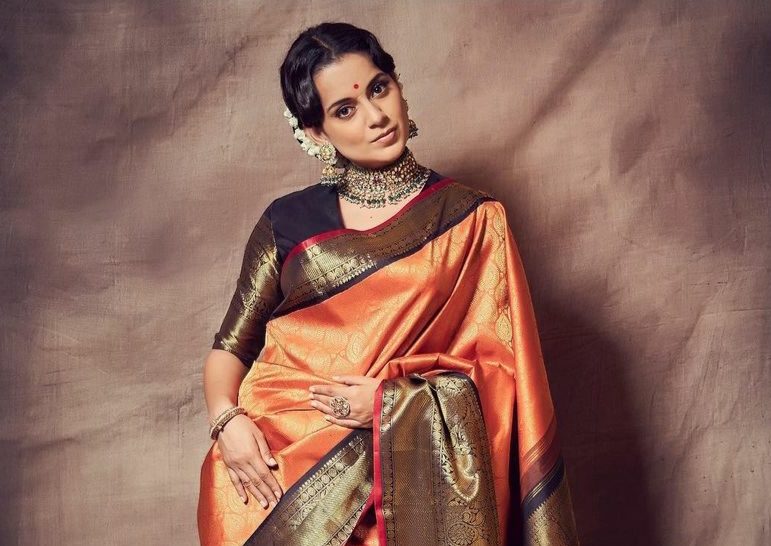 There’s not even a single day when Kangana Ranaut has not hit the breaking headlines. This time the actress made headlines for her upcoming release Thalaivi. Makers had planned to release the film on April 23 but owing to the current covid condition the movie has been postponed. Many other films have pushed their release dates further while some have opted for digital release rather than postponing.

Taking to On her Instagram account the actress wrote a note informing the public about the release pattern of her movie. She wrote, “Thalaivi digital rights are with Amazon(Tamil) and Netflix(Hindi) none of them can individually stream the movie before theatres release. All the fake propaganda movie mafia doing please ignore. Thalaivi deserves a theatrical release and makers are determined. Strict actions will be taken against my bikau media spreading fake propaganda”. Even Kangana’s sister Rangoli Chandel took to her Instagram Stories and smashed  Sanjay Leela Bhansali and Alia Bhatt’s Gangubai Kathiawadi.

Rangoli Chandel shared a few media covering and wrote, “ they will spread this. It’s a lie don’t believe nepo mafia PR, Thalaivi is coming in theatres”. Thalaivi is directed by AL Vijay under the production banner of Vibri Media in collaboration with Karma media and entertainment. The film is scheduled to release in three Indian languages Hindi, Tamil, and Telugu.