Kangana Ranaut stands by the claims of alleged manipulation in Brahmastra's earnings, levels "70% as fake" 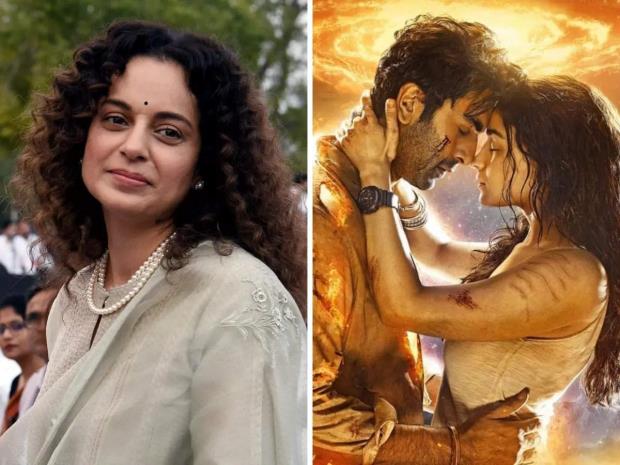 Bollywood queen of controversies Kangana Ranaut has recently launched a scathing attack on the claims of fake number games at the box office. Posting the screenshot of filmmaker-writer Eray Mridula Cather’s tweet on her Instagram tweet she wrote “Wow!!! That’s a new low… seventy percent.”

Film’s co-producer and star director Karan Johar yesterday made public the film’s staggering earnings of 75 crores worldwide through a tweet.

Eray Mridula through his tweet has claimed that the figures of Brahmastra are manipulated. Eray in his tweet wrote, “So, few trade analysts are not giving #Brahmastra BO figures, as they’re completely manipulated. The ones who’re going gaga with fake BO figures are heftily paid.

This manipulation is possibly India’s biggest so far, with over 60-70% fake figures. It’s not just ego, it’s coke-ego!”

Opposite to the claims made by the duo, boxofficeindia.com reports the figure of the film’s opening day earnings at Rs 37 Crores.

Earlier through a similar series of stories on her Instagram handle Kangana criticized the makers and said Ayan Mukerji is no genius and has burnt 600 crores.

She went on to write by posting a similar tweet reviewing the film, “When you try to sell the lies, Karan Johar in every single show tries to project Ranbir-Alia as the best and compel people to tell that Ayan is a genius and people started believing the lies as truth. Karan has given 600 crores to a director who hasn’t made even one quality film.”

She further wrote “Their grupism is coming to bite them now… Wedding to baby PR controlled the media, jailed KRK, bought reviews, bought tickets… they can do everything dishonest but can’t make a good honest film.”

Her Instagram stories reflected her utter disappointment towards the film and went on to say that those saying Ayan was a genius must be put behind the bars.

Brahmastra was released this Friday on 8913 screens worldwide and received an overwhelming response from the fans by accumulating a staggering 75 crores at the box office and became the biggest non-holiday Hindi release in India.